by Lightfoot
The photographers behind the winning shots of the Bird Photographer Of The Year tell us more about their striking images
Hummer Takes a Bath
‘Small natural pools deep into the rainforest make a perfect place for hummingbirds to have a quick bath. I was blessed to witness this behaviour in Costa Rica early one morning. The birds hover over the water for a little time and then make small dips beneath the surface. I was able to capture the moment as a Purple-crowned Fairy left the water. The idea of using flash to highlight the rocks on the bottom of the water made the water look golden.’
Ivan Sjögren, Sweden. Category: Bird Behaviour. 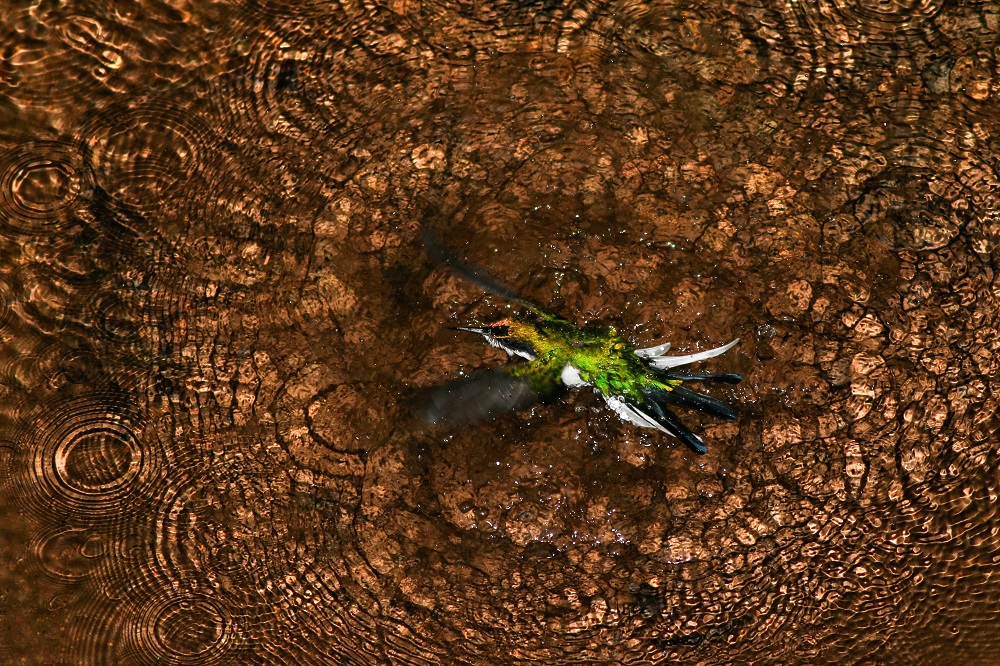 “Emperor. Penguin. Individually words of little distinction, but together an icon of near-mythical proportion. Arguably the most difficult bird in the world to see. I shoot a few images then put the camera away, and for 15 minutes it is just me, the Emperors and heaven.”
Martin Grace, Inspirational Encounters Award Winner 2019. 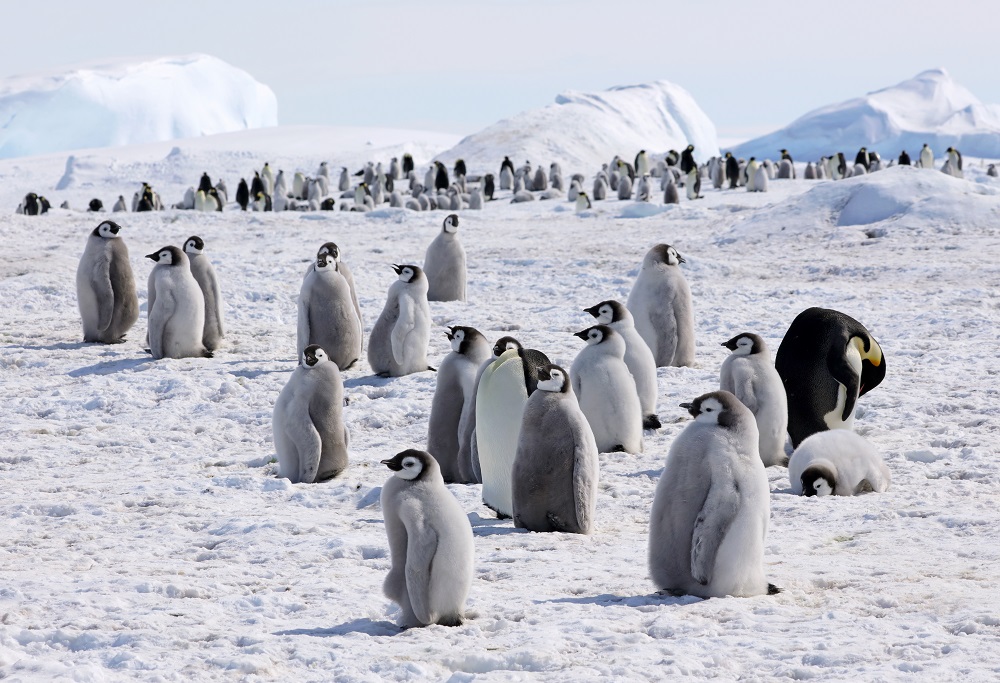 ‘Black Skimmers are one of my favourite birds and I love spending time in the summer observing and photographing them. One evening I arrived at a colony of nesting seabirds on a beach to photograph Black Skimmers flying in, bringing fish for the new-born chicks. I decided to set up low on the beach as it would give me an eye-level perspective with the birds. A few skimmers had gathered at the edge of the shoreline and were having a vigorous bathing session. As some of them took off, I saw one flying low and straight towards me. Luckily, I was able to acquire focus, press the shutter and capture a beautiful image of the bird flying straight at me. The Black Skimmer is an endangered species in the state of New Jersey.’
Nikunj Patel, United States of America. Category: Birds in Flight. 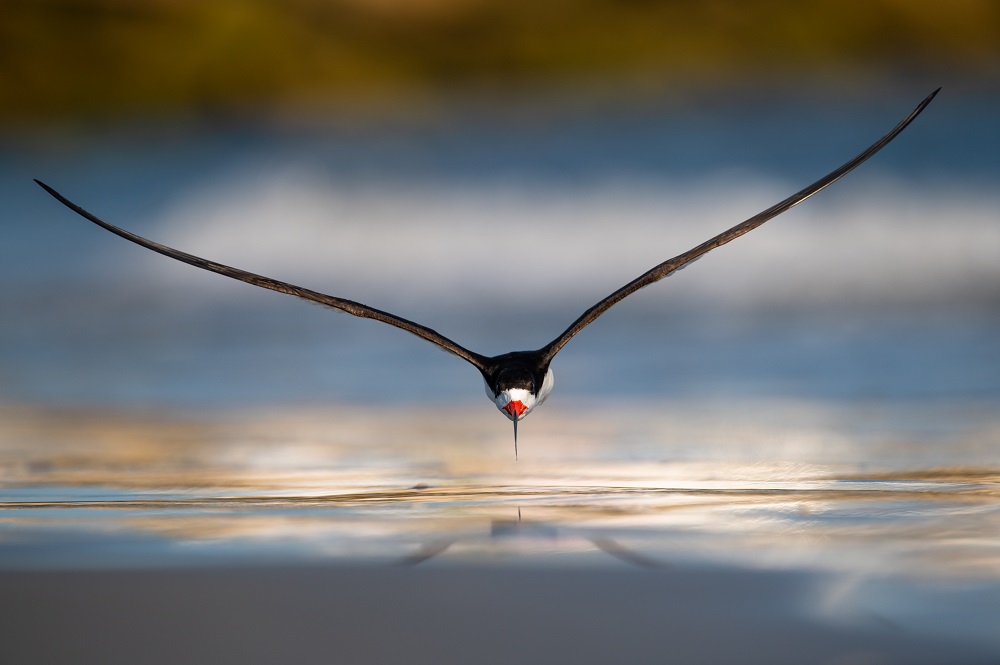 ‘On arriving in Greece to photograph the Dalmatian Pelicans in their breeding plumage I discovered that Lake Kerkini, their favoured haunt, had frozen for the first time in 16 years and all the pelicans had flown off. Fortunately, a few holes started to thaw in the lake and the birds slowly began to return. Unused to the slippery icy surface of the lake they regaled us with hilarious antics as they slid across the lake surface trying to retain control as they took off and landed. I was lucky enough to capture one such rare moment when this magnificent pelican ran towards me across the ice at dusk before taking off. It was a truly unique experience, both magical and comical at the same time. And the image remains a moment of pure joy captured forever.’
Caron Steele, United Kingdom. Category: Best Portrait. 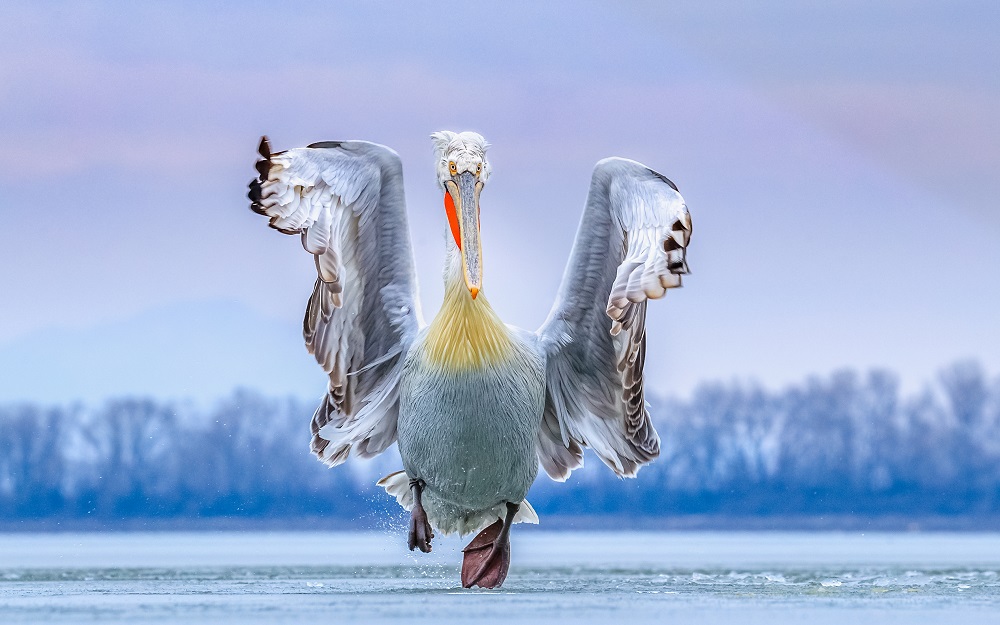 ‘My wife and I had been photographing Snowy Owls for a couple days during the Christmas Holidays in Saskatchewan. On this morning, I returned to the same area and could not believe what I was seeing... an all-white Snowy Owl on a quaint white church. Trying to focus on a white owl set against a very light backdrop proved to be very difficult. However, my biggest challenge was getting into a central position without disturbing this peaceful moment: I knew an opportunity like this might never happen again.’
Chad Larsen, Canada. Category: Garden and Urban Birds. 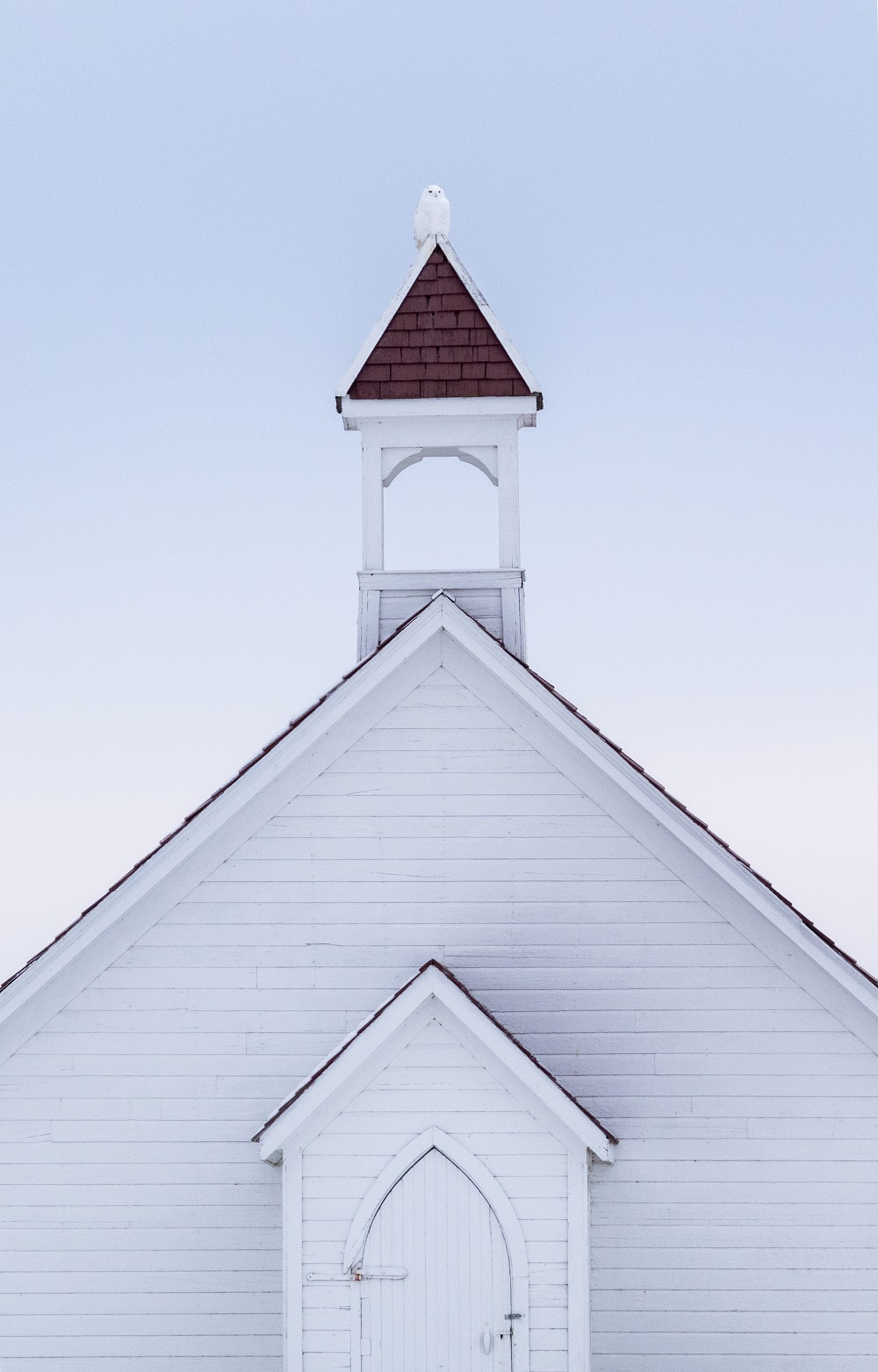 Huge and hugely varied, visitors to the United States have a lot of options to consider.