by Lightfoot
If you have always wanted to take part in a big fat Indian wedding, here’s your chance. One new startup is giving travelers the chance to join Indian couples on their special day

Bollywood dancing, colourful saris and a groom swathed in flowers who rides in on a white horse… whose wouldn’t want to get an invitation to a breathtaking Indian wedding if they could? A new Australian start-up is giving tourists the chance to take part in one of these amazing events in Asia.

Consultant Marti Matecsa launched the company with her friend Orsi Parkanyi after she attended the wedding of one of her former classmates in Tamil Nadu. Smitten with the music, flowers and ceremony, Matecsa thought that other travellers would love to enjoy the same experience. “The whole event was amazing, unique experience,” says Matecsa. “From the traditional elements of the ceremony, down to the beautiful saris, generous hospitality, colourful lights, exotic, spicy flavours, ambience, smell and decorations! I could just go on, it was an experience of a lifetime. On my way back home, I kept thinking about how lucky I was to attend such a wedding and formed the idea of opening up weddings to foreigners”.

So Matecsa and Parkanyi kickstarted Join My Wedding, an online company that allows visitors to buy tickets to weddings throughout the world. More than 100 couples from as far away as India, the US, Russia and Hungary have registered their weddings on the site. As Indian weddings tend to have around 1,000 guests, these welcoming couples have decided that they are more than happy to squeeze in a few more guests and gain pleasure from making new friends and being able to share their culture. 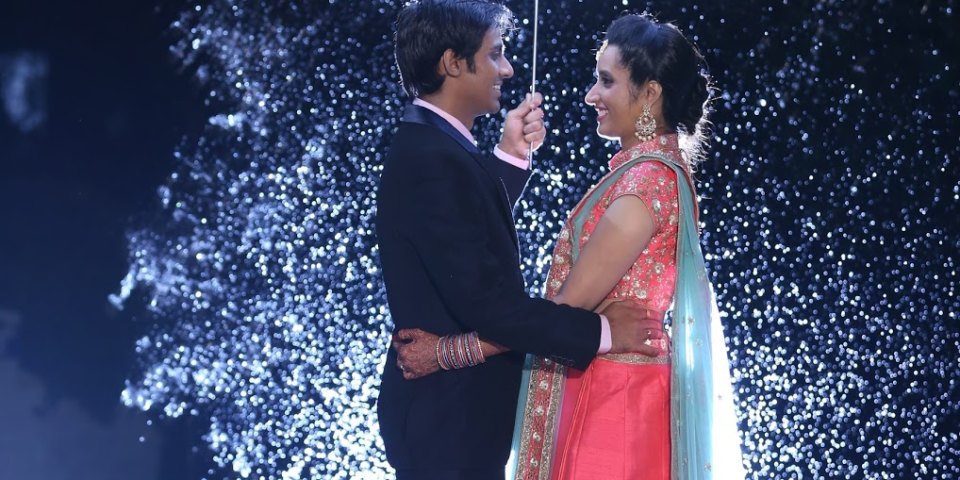 Join My Weddings’ first bride Namrata Nataraj said why she decided to let six strangers from Ireland, Spain, Australia and New Zealand attend her wedding in Bangalore. “We thought that we would love to do something like this in another country if we had the opportunity,” says Nataraj. However, she still had to convince her relatives that it was a good idea. “They said how could you trust people? It could be a crazy person that’s coming, but then we had to trust them,” she adds.

But on the big day, the Indian family were excited to meet their special guests. And the travellers were delighted to take part. Nataraj, a clinical researcher and her husband Nitin Bathi, an engineer and yoga instructor, held a three-day event in Bangalore that featured a Mehendi and Sangeeth ceremony, as well as a reception and wedding on the final day. At the Mehendi and Sangeeth ceremony, their wedding crashers could see Nataraj’s hands and feet being decorated in henna designs and join in the high energy dancing and be painted in henna designs too; while at the reception the wedding tourists were able to see the entrance of the groom and the exchanging of gifts; and then on the final day, the visitors saw the bride’s family give the bride away to the groom under a richly decorated arch. 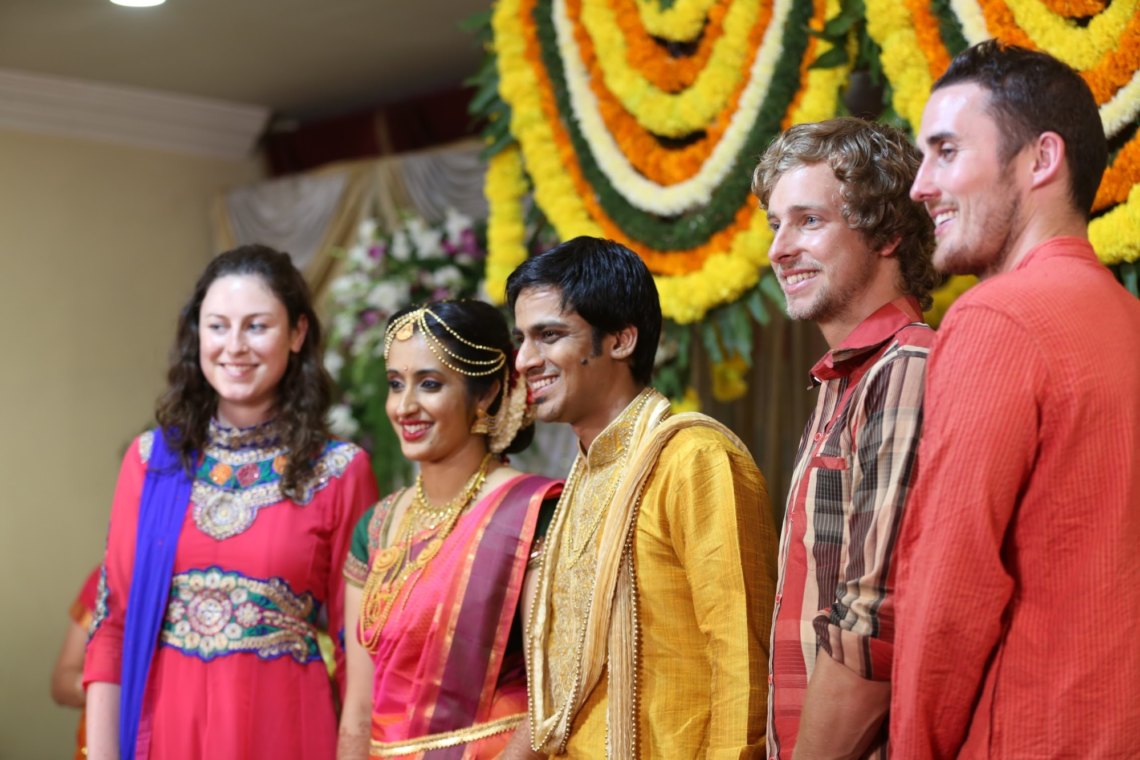 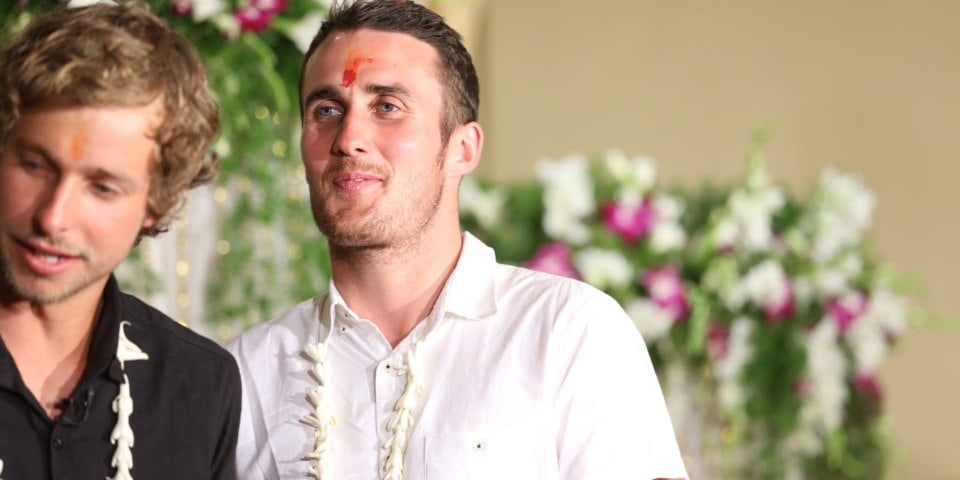 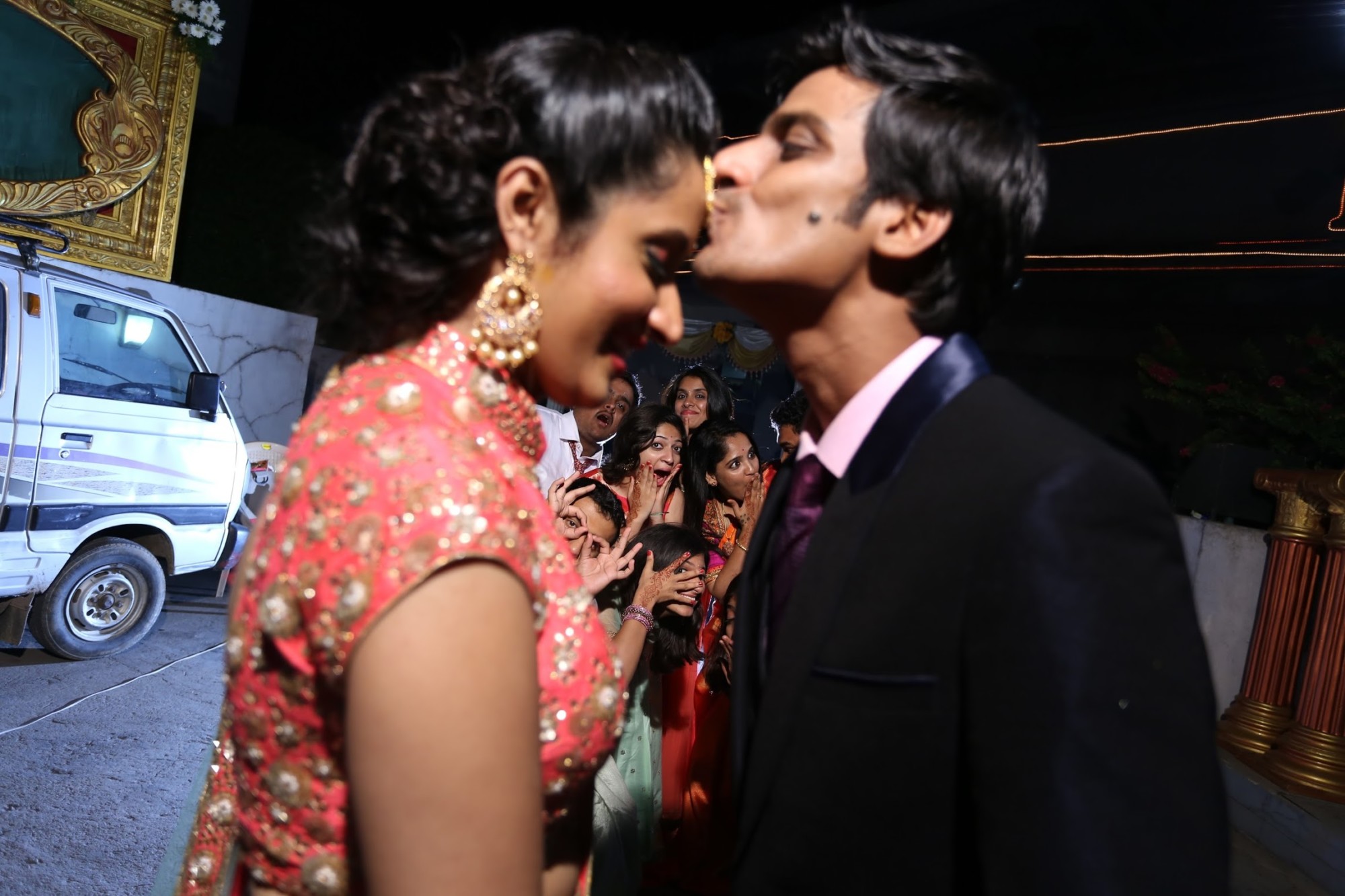 Rubia Braun from Australia chose to join the bride at her henna party. “It’s so wonderful to be brought into a family and see this totally different cultural experience,” she told the BBC team who were filming the event.

On the next day, James Tooher from Ireland and Luke Sinclair from New Zealand joined them for the wedding. The wedding crashers had the chance to dress up in traditional clothes for the wedding, see the bride and groom race to be the first to adorn each other with a garland, to prove who will be the most dominant member of the family, and watch the groom cover the bride in gold jewellery before they all had the chance to sample the mouthwatering buffet. “The rituals and games were very exciting, and the food was amazing, diverse and divine – I will never forget it,” says Sinclair.

Nataraj and Bathi advertised their wedding on the Join My Wedding’s website and then also told potential guests about what they could expect in a mini video on the company’s Facebook page. Another young couple called Paras Shah and Urvi Ambavat are now looking forward to sharing their wedding with up to 40 extra guests during December in Mumbai. “My parents can’t wait to show each and everything to our visitors,” says Shah. “My family and my girlfriend’s family follow all the traditions so it’s really cool for the visitors.” 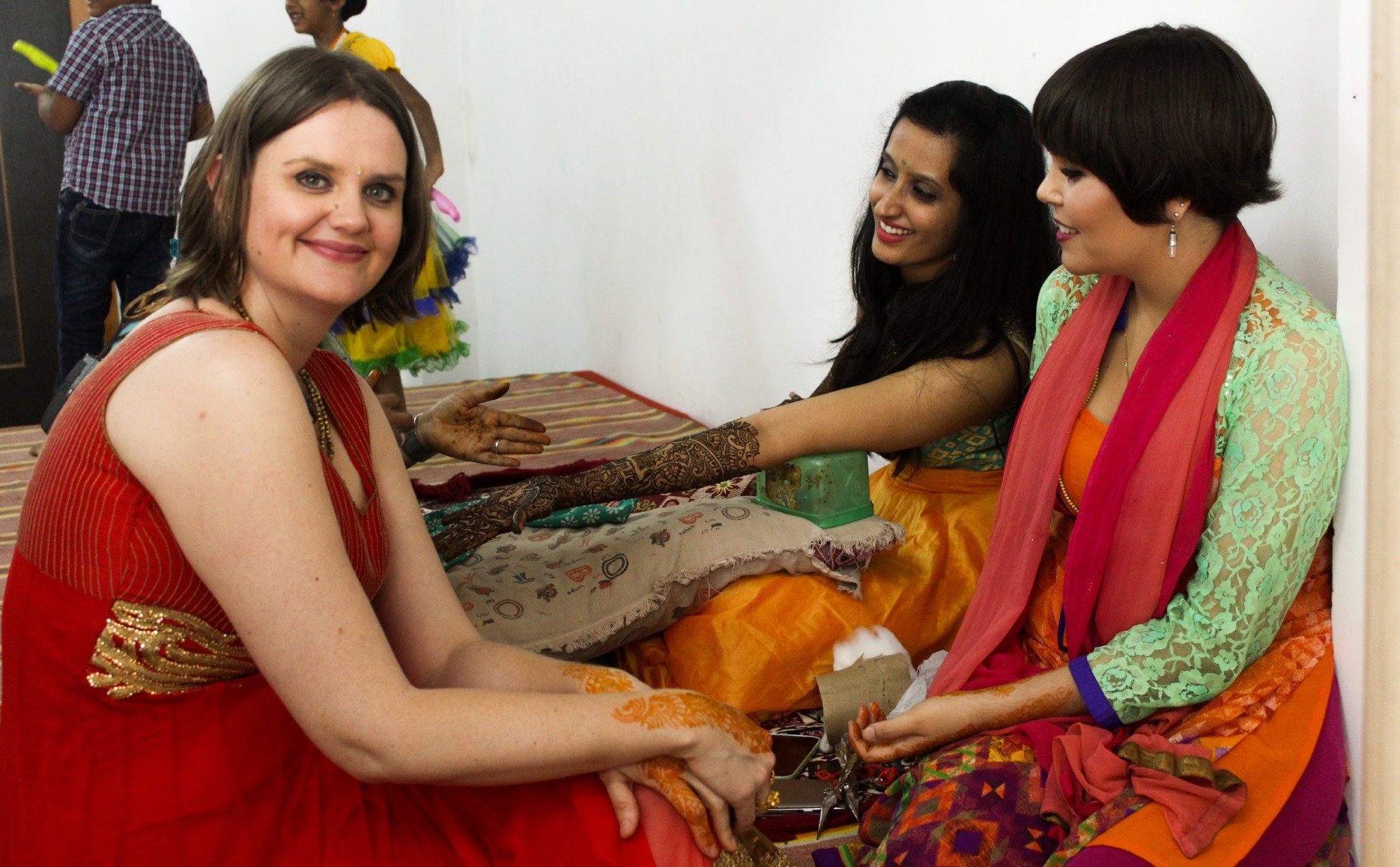 “Our guests already know about the traditions, so talking about it to someone new really excites them,” Ambavat adds.

And this is why the Join My Wedding project started. “It is Join My Wedding’s earnest, humble effort and mission to bring the world, possibly a little closer, by helping young couples share their rich culture,” says Parkanyi.

“Given the chance, I would love to visit different countries and attend their weddings, it would be a great way to socialise with people from other countries,” says Bathi.

A Romantic Getaway on the Amalfi Coast

We’ve found the world’s most romantic hotels… Once you’ve taken a look you won’t want to take your matching his and h...

When Jennifer and Jeff Salvage tied the knot on Easter Island little did they know that it would be the start of an a...