If anyone understands what makes a great photograph, it’s Charney Magri. After receiving a photography scholarship in Malaysia, Magri flew to London where she worked with the art team for British Vogue and then joined famed fashion photographer Nick Knight as his assistant and spent three years shooting Vogue’s covers. Kate Moss and Naomi Campbell are just two of the supers who would step in front of the camera when Magri was in the studio. Everything that Vogue touches turns to fashion gold.

Magri had just left Knight’s studio and set up on her own when an unexpected challenge fell into her hands. But it was close to 7,000 miles across the world in Kenya. An avid magazine reader, Magri had bought a copy of the Big Issue magazine on the way to work. She spotted an ad for a charity bike ride through the Kenyan mountains to help raise funds for the International Childcare Trust and as Magri would often spend the weekends touring the UK by bike she decided to apply. However, while she was swept away by the thought of the adventure, little did she know that this location would also provide her with some unique models and inspire the rest of her career.

Magri and her partner Francis set off from Nanyuki, 150km outside of Nairobi for a 425km bike ride over the mountains, through the valleys and along the coastal roads of Kenya. “We didn’t have to think of anything. All we had to do was concentrate on the riding. They had a support truck, support crew and they had organised where to stay,” says Magri. Yet, when they rode on the bus to the hotel and they spotted all the potholes in the tarmac, they soon realised it wouldn’t be a breeze. 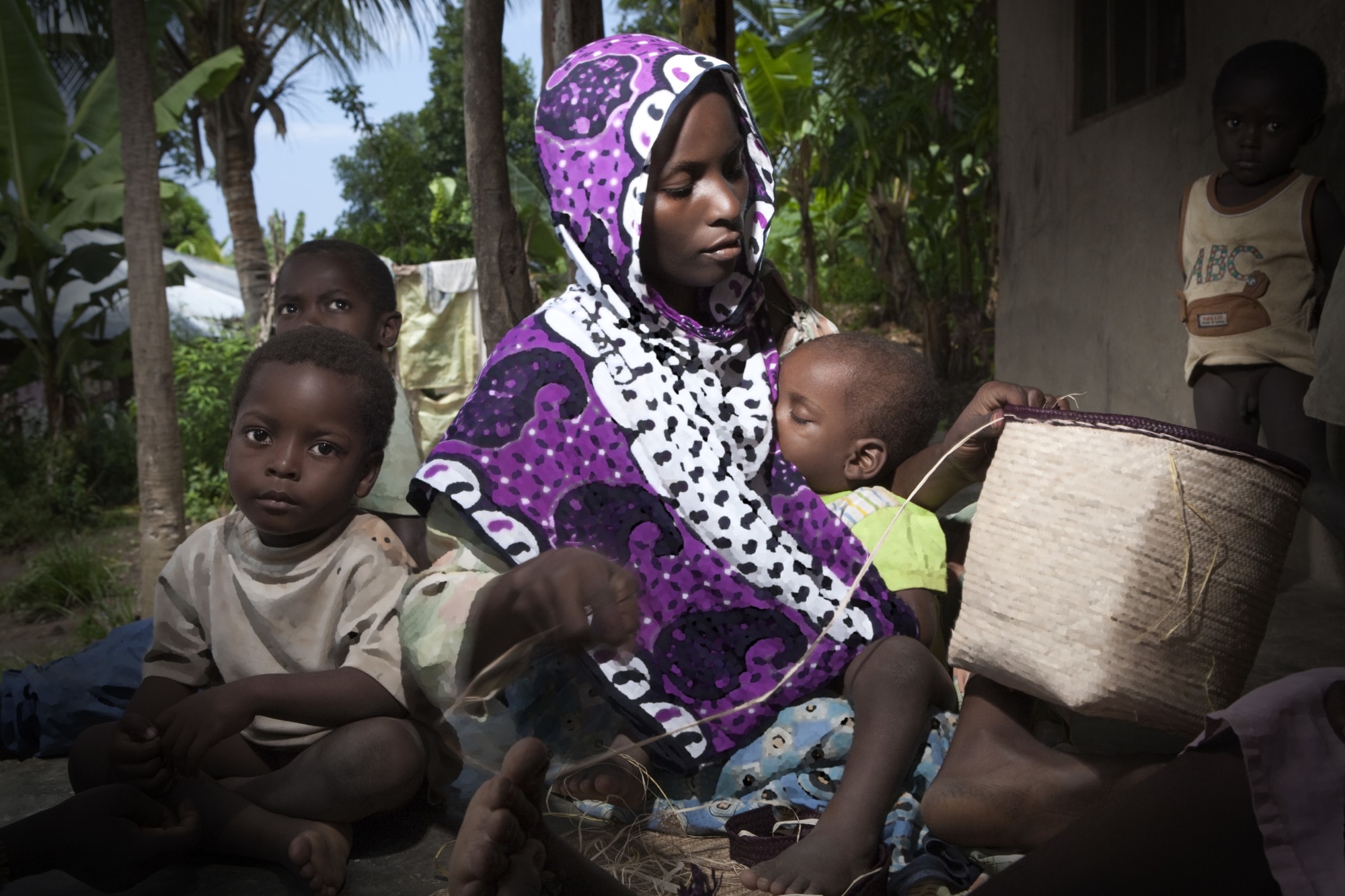 On the first day, they were riding at an altitude of 2,000 metres so a few of the riders, including Magri started to struggle with their breathing. And the second day on the road proved equally as tough for the Australian as after facing a day riding challenging mountain terrain and torrential rain, Magri was part of a mini collision when one of her fellow riders lost his grip in front of her, and Magri took a tumble over her handlebars causing her to finish her ride on the support bus. Though, the following day she managed to shake it off and get back on the saddle for a 4km uphill ride.

However, Magri says that for every challenging time on the ride, there was a moment that would make it worthwhile. Whether it was riding through the Rift Valley, cycling along the coast or finding that the charity had set up a tent in the middle of the countryside where local people would be cooking the most amazing meals.” I remember lying on the grass after a hard day’s riding and breathing in the lovely smells coming from tent,” says Magri. But it was when they met the children in Mumias, Western Kenya, who greeted them with songs of gratitude and hand-painted signs that they were left with a lump in their throats.

“It was the first time I had been to Africa. I loved it. It was so beautiful,” says Magri. “The people were so kind and the kids used to run out saying ‘Jamba, jamba [hello]’ when we passed by.” 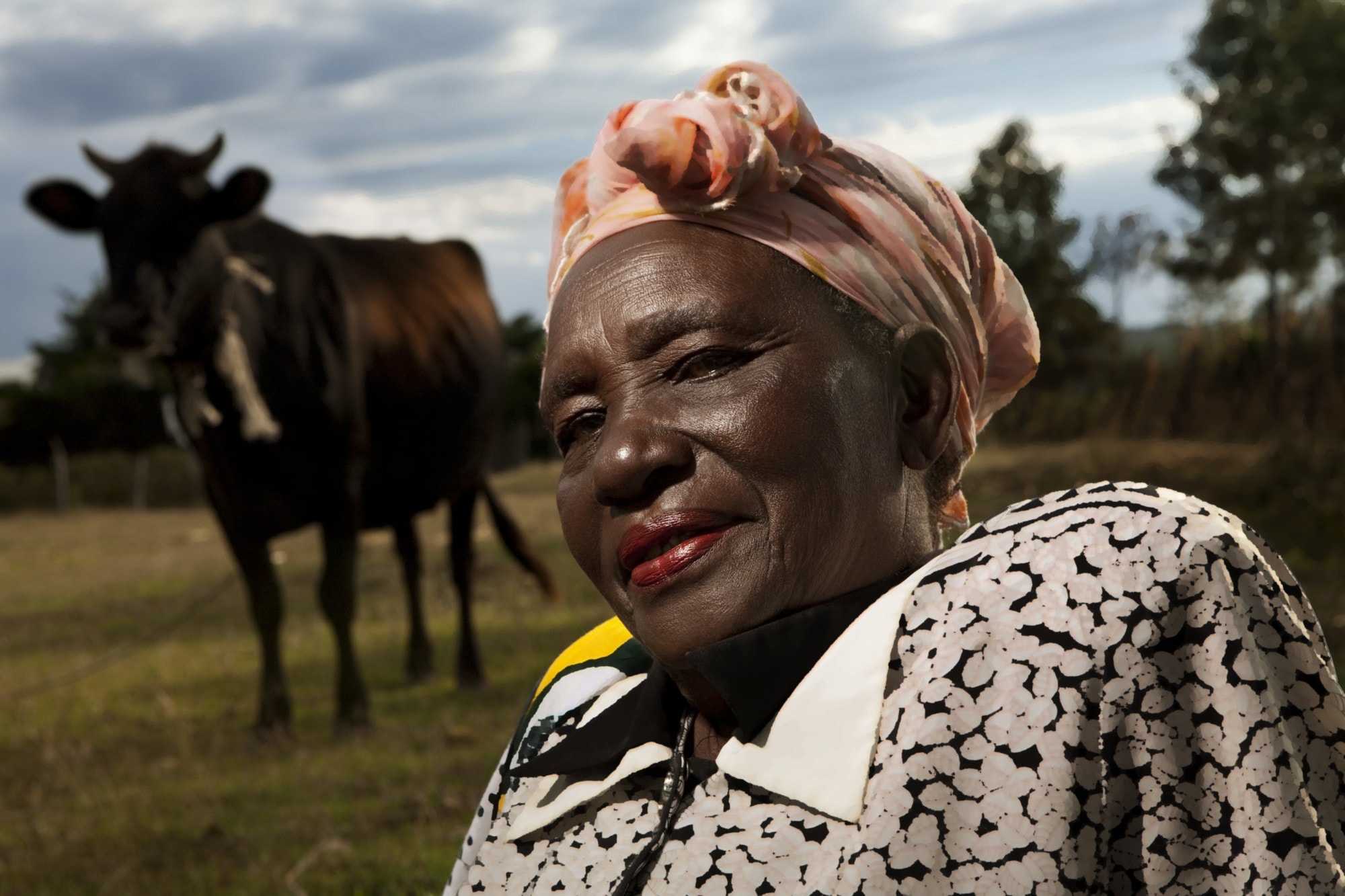 Over the five days Magri and her fellow cyclists had covered 420km and raised over GBP40,000. But while the cycling trip was over, another adventure was yet to come for Magri. For while she had waited 18 months for her trip to Kenya to start, she came up with the idea of challenging who could be a model, and decided while she was in Kenya to create a photo series that would play with the notion of beauty.

She asked one of the guides from the cycling trip if he could suggest where she would be able to meet a group of local women who would be happy to be photographed. The guide told her that his mother owned a farm on the outskirts of Nanyuki and there might be women there who would take part in her photo series.

Thousands of miles away from a glossy studio, Magri set out to see if she could recreate the type of images that would wow magazines. However, for her shoot, she wouldn’t just have to ask for the approval of the guide’s mother to shoot on the land, but she would also have to ask the head of the village. “In a country where some visitors have ulterior motives for their interest in the locals, the villagers were suspicious of foreign visitors and I needed to persuade the chief that I was coming from a good place and I had their best interests at heart,” says Magri. Magri told them that the profits from each photograph sold would return to their community. 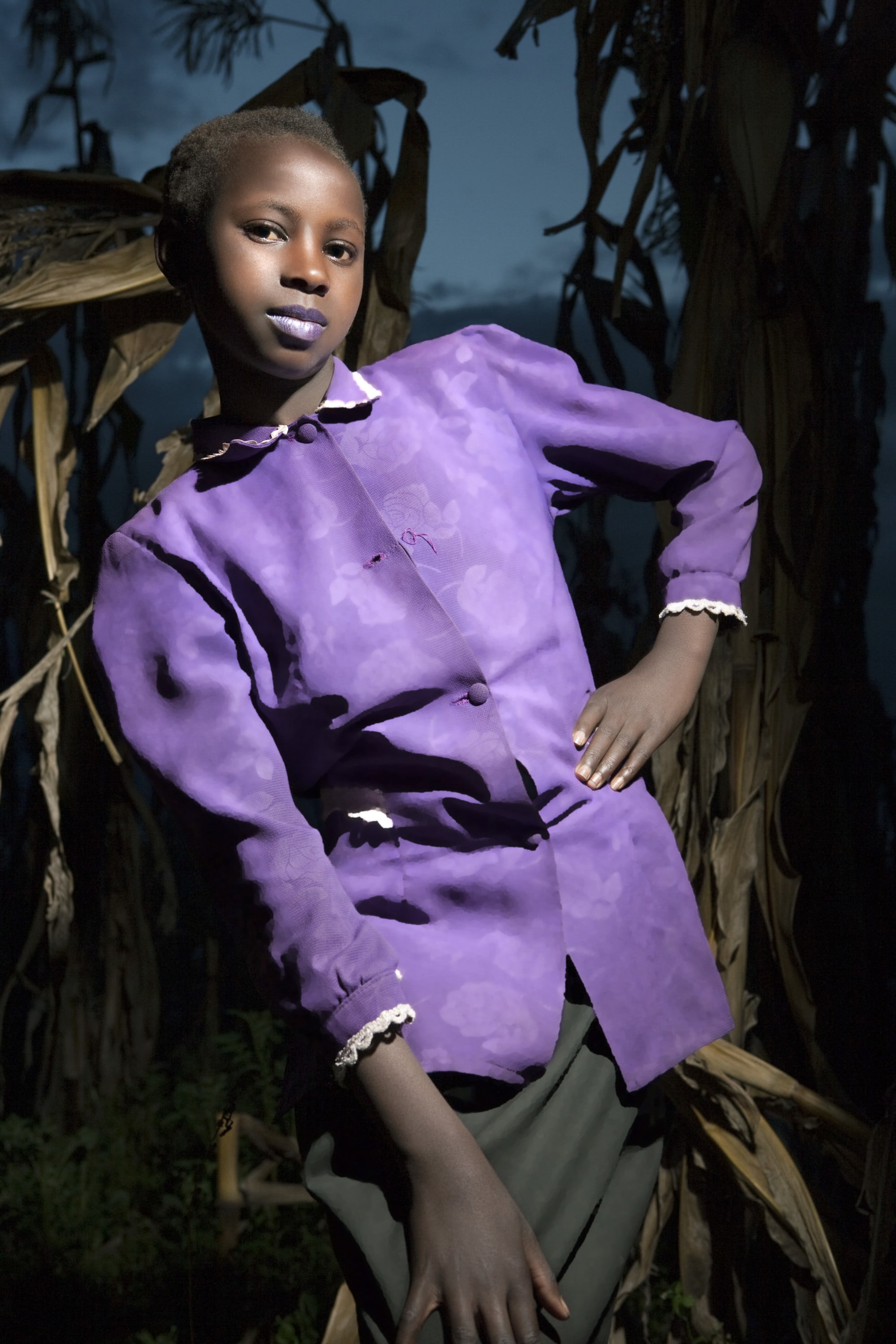 After she spoke to him, the head of the village gave Magri his approval and over the next week she photographed the women with their family and at work.

While they had to go to the well for water; rely on a 12 volt battery to power the electricity in their room, and there were chickens running through the set, Magri couldn’t have been happier with the location.

“I instantly fell in love with the rawness of the photographs. I enjoyed showing the strength in these women. As soon as I put them in front of the lens, I could see them instantly blossom. They became confident, empowered and glamorous,” says Magri.

One of her favourite photographs is of a lady wearing a purple outfit. “I love her innocence and the fact that the second button on her outfit is missing. It’s only emphasising the fact that there is beauty in imperfection,” says Magri.

Magri’s only aim for each photograph was that it evoked an emotion. But it did more than that. It kickstarted a change in the way she looked at photography. After completing this project, she continued to photograph regular women looking their most beautiful. “Not only have I come full circle with my work, returning to Kenya to host a masterclass for Nikon, but I am now revisiting this series and plan to develop it even more.” Magri hoped that it would make an impact on the viewer, but she didn’t realise how much this extra trip through Africa would make an impact on her.

To purchase the images and view more of Magri’s work visit charneymagri.com