TRAVELLING THE YANGTZE WITH A NAT GEO PHOTOGRAPHER

by Lightfoot
Nat Geo photographer and legendary film maker Eric Valley trekked along the river valley to see what stories he could discover along the way. By Claire Turrell

In China, they have a wall you can see from space, limestone karsts that inspired a blockbuster film and rows of ancient terracotta soldiers. This huge land mass isn’t short on attractions, but the one part of China that proved to be a real draw for Oscar nominee and National Geographic photographer was the Yangtze River. Flowing from the glaciers of Tibet for 6,3000 kilometres through China, before it joins the East China Sea in Shanghai, the Yangtze is the longest river to flow within a single country. It is home to such endangered species as the Chinese crocodile, the Yangtze River dolphin and Yangtze sturgeon.

Over the next six months, Valli would hike, drive and sail 30,000 kilometres across China

In recent years the river has suffered due to pollution, which is why several areas have now been turned into nature reserves. One third of China’s population live near the river basin. However, Valli was keen to know if communities were still living and working in harmony with the river, or whether this way of life has been lost.

Valli chose to go to China to help raise awareness of water conservation with the Swarovski Waterschool. “I have noticed over the years is that people are shocked by horrifying images or doom and gloom statistics, but often don’t hold onto them, or remember them,” says Valli. “However, beautiful places and heartwarming faces stick in our minds… in our memories… This is how we hope to inspire people.” 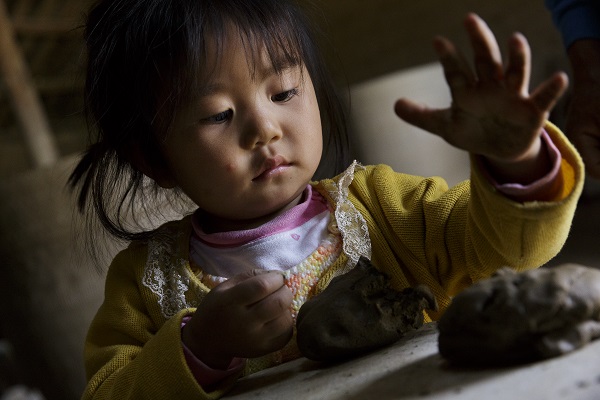 Although when the photographer arrived the world’s most populated city, he thought that his long haul flight from Paris had been wasted. “When I first landed in Shanghai to do a recee trip, I realised that China has changed so much and become so industrialised. I was worried that I wouldn’t be able to find any stories to tell,” says Valli. “But then I started to get lost and go off the beaten track, go to places that tourist may not necessarily venture out to.”

Over the next six months, Valli would hike, drive and sail 30,000 kilometres across China. And he soon realised that his initial fears were unfounded. He found people, villages and tribes, who were still living in harmony with their environment. “I found these people – the tea shop, the Naxi village – who are a part of the great Chinese culture that people thought no longer exist because of the rate of industrialization and modernisation that China is undergoing. But these people, mostly old people are still thriving, ready, and very much alive,” says Valli. 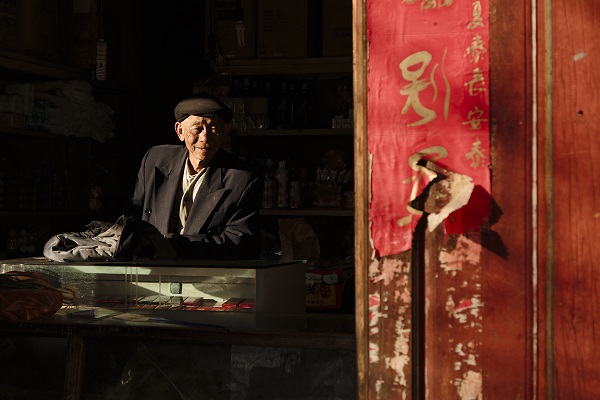 While he had thousands of kilometres in front of him, Valli still chose to do as much as possible by foot. “When you walk you are in tune with the environment and the people that walk around you. It is so natural, which works with your mind, I feel that you see with your mind better when you are walking. You can smell the air, you can observe the details of your surroundings, enjoy the people, the nature, and the architecture around you,” he explains.

However, while Valli was blown away with the environment it doesn’t mean that this tough climate didn’t create some challenges for him. “The high altitude and the cold was a challenge as we got closer and closer to the source of Yangtze, we went up too quickly and were quite unwell for a time,” he explains. “Otherwise it was cool. No hotel, no problem, just pitch a tent or sleep in the car.”

Valli wanted to return with seven different stories that would be memorable and different, and he did just that. Not only did he visit the Naxi Village that reminded him of his own agricultural childhood, see Master Jin create pottery in the same way that had been doing for generations, but he also sailed along the Yangtze for a short time with renowned artist Shi Jia. They each tried to capture the river at its best – Jia with a brush, Valli with his camera.

“It’s hard to say why you fall in love with a place, a community, perhaps there are things to learn from them,” says Valli. “You approach people and ask them if they mind that I hang around to learn about their life, and usually they are flattered that you are interested in their daily life.  It’s very simple. It’s like building a friendship, trust, it’s sharing a part of your lives. I choose these people and places very instinctively.”

Although one place that made a real impression on Valli was the home of Master Jin. “I brought my father who used to be a potter to Jingdezhen when Master Jin was firing up the Dragon Kiln. It was a very intimate experience. Two men not speaking the same language, but yet connected and an understanding between two of them,” says Valli. 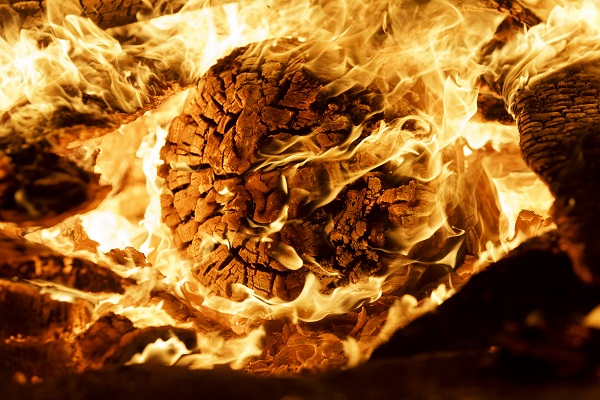 When Valli found a group of people that he thought that could be part of the project, he would choose to come back at a key time in their lives, for example when Master Jin chose to fire up his kiln. Although even with all this planning, he admitted there was still one thing that almost passed him by – the Eastern Lake story. He took the photograph at the beginning of the trip when he stopped for a break, but then he packed away his camera and carried along with the journey.

However, when his trip was almost over he realised he only had six instead of seven stories, so he went back through his photographs and came across a striking image that featured hundreds of bamboo structures shooting out of the water – it was Eastern Lake. “I knew I had to go back, back to Wuhan to explore this world,” says Valli. “What was surprising to me that I took this photo at the beginning of my journey, but did not explore it until at the end of my time in China.” 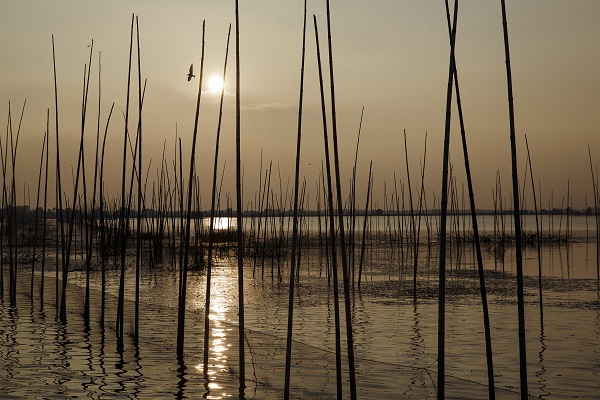 Now he has finished the project he says that he hopes that he will be moved by the traditional communities that he photographed and be inspired to conserve water, reduce pollution and help preserve these incredible natural resources and traditions. If you too want to discover the vast wilderness of the Yangtze, Valli has just one tip: “Get lost, and be open to new experiences. Take the road less travelled, enjoy the discovery. Look for the beauty and harmony in places you visit.”

The Swarovski Waterschool: The Swarovski Waterschool has been running since 2000, and is now in five countries around the world.  In China alone they have reached over 173,000 children since starting there in 2008, in 101 schools.  It is an educational programme that teaches community members to help them learn about the importance of water sustainability.

THE CAMERA I USE ON HOLIDAY When I am on holiday, I do not carry my camera, I take photos during holiday with my iPhone.

THE ONE THING YOU NEED TO TRY IN CHINA Food! Stop and eat at random little shops along the way. Be adventurous, when I travelled through China, food was so varied from one area to another.

MY FAVOURITE DESTINATION Nepal – it is amazing their ability to rebuild their lives far away from civilization, how dynamic and how joyful they are and hopeful they are despite what happened to them. However in industrialized modern cities, we have everything, but we are so grumpy.

THE ONE THING IN MY KIT BAG My journal – I write in it everywhere I go. The interesting questions reporters ask me, the people I meet. It helps me to reflect and keep a record of the people and places I come across as I embark on a projects.

YOUR NEXT PROJECT I am filming a documentary on the aftermath of the earthquake in Nepal and the resilience and courage of the people reconstructing their lives. It is a symbol of tolerance and community, all these different ethnic groups working together, putting their differences aside… and together they survive.