About 20 years ago I spent a year living in Osaka, Japan, with the aim of studying martial arts. I took the opportunity to immerse myself in the culture, language and philosophy of this remarkable nation. Japan is surprisingly big, stretched out over a far greater area than the UK and with perhaps double the population. It’s also, geographically, very diverse – with Hokkaido in the north blasted by Arctic winds and its seas freezing over with pack ice in the winter, to islands in the south, like Okinawa, which are pretty much tropical.

Over the years I have travelled the length of the archipelago and filmed its wildlife – including one of the world’s largest amphibians, the giant salamander, and the impressive giant spider crabs. However, until now, one region I had never explored was Tohoku, the prefectures to the north of Tokyo. My wife, double Olympic rowing champion Helen Glover, had never been to Japan, so we had the pleasure of experiencing the breath-taking landscapes and fascinating culture of Japan’s northern wilderness for the first time, together. For a new, two-part series on BBC World News, we explored the ancient pilgrimage routes, volcanic landscapes and mountain shrines of northern Japan, discovering the unique wildlife, a centuries-old samurai hot spring bath and learning ancient samurai arts.

We began our journey in the far north, in an area best known for its apple orchards. It was early winter so a thick carpet of snow lay all over the landscape, and it was here that we saw the world’s most northerly living primates (with the exception of ourselves) dangling over the sea as they fed on pine nuts. The ‘snow monkeys’ probably found their way here during a glacial period when sea levels were lower, or when a land bridge linked Japan to the rest of Asia, but they have been now been stranded here for millennia and are one of the most heavily studied of all monkeys. Snow monkeys are well known for bathing in hot springs when it gets particularly chilly, and for learning skills from each other – which has been defined as ‘culture’. We also came across the Japanese serows; a kind of caprid, or a goat antelope with a long face, shaggy brown fur, and a gait that switches from ponderous to agile in a heartbeat. 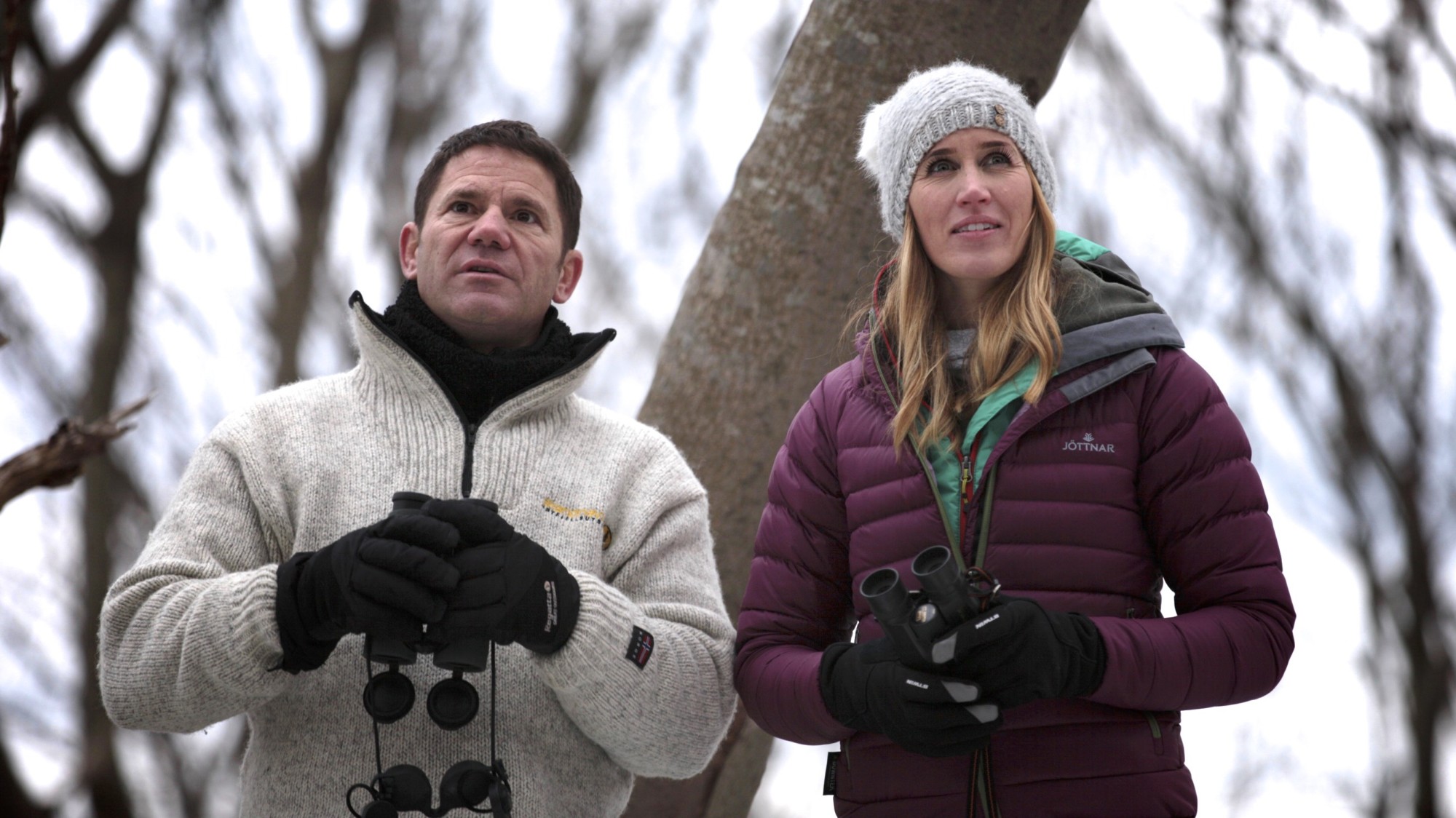 I found the northern part of Japan to be more rustic and authentic than any other place I’ve been to here. We trekked during the winter months, so despite the majesty of its Shinto shrines, forests and snow-covered mountains, we saw very few tourists.

Helen and I spent many evenings sat around the table with local people, me desperately trying to rediscover my spoken Japanese and Helen often communicating better with gestures and smiles than I could do with fractured words. The people we met and that welcomed us into their homes were not only incredibly welcoming, but also extremely proud of Helen’s achievements: ‘To think, we have a gold medallist in our monastery’, one monk said, beaming, ‘this is the proudest day of our humble home.’

We shared meals of extraordinary complexity, where form, appearance and texture were as important as taste. There were some unfamiliar flavours for Helen, and some of the bean pastes and curds were beyond even her adventurous palate! But we found there was zen and ritual everywhere, in the form and placement of everything from a simple ornament to a particular kanji character, to the way you twist a green tea mug, or how you bow and remove your shoes on the entry to different rooms. Luckily there was always a friendly, smiling face to patiently guide us through the protocol, and no one is ever offended if you get things wrong – this was incredibly helpful when trying to navigate our way through the baths in the many onsen (hot springs and public baths).

Through the course of our journey we became used to the thin mattresses on tatami floors, paper screened rooms and cold fish for breakfast. And around us in the temples and shrines we saw Japan as a silk screen painting, shrouded in snow with impossible attention to detail, often curious, sometimes infuriating but aesthetically perfect. 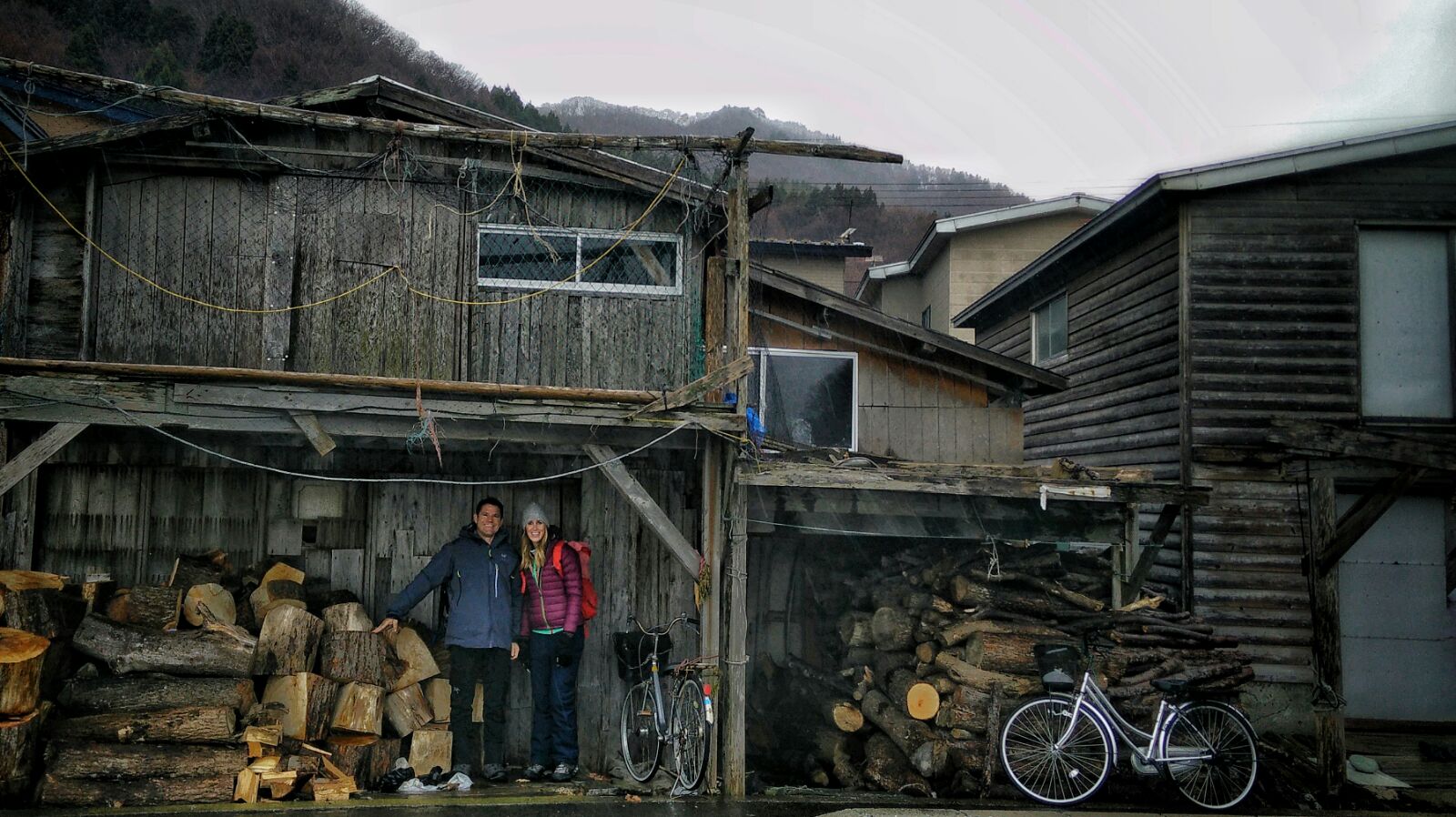 SNOWBOARDING AND SURFING JAPAN IN ONE DAY

Adrenalin addict Aaron Jamieson has spent 10 years trying to find the location where he can ski and surf Japan in one...