Race To Save The Cheetah | Luxury Safari Holidays | Lightfoot Travel

RACE TO SAVE THE CHEETAH IN NAMIBIA

by Lightfoot
In 20 years cheetahs could be extinct. However, there is one team in Namibia whose innovative schemes are helping to save this incredible creature

I can’t imagine coming to my beloved Africa and not being able to sit and watch the majestic cheetahs roaming the plains, however, this could be the case in 20 years as there are now less 10,000 cheetahs left in the world. Thanks to hunting, loss of habitat and the illegal wildlife trade, the cheetah population has reduced by 90 per cent over the last century.

Cheetahs need to be saved in the wild. Unlike other creatures they don’t fare as well in wildlife reserves and national parks as larger predators like lion, leopard and hyena steal their food and kill their young. The cheetah is literally running out of time. So, what is being done to reverse this alarming drop in numbers?

To the north of Namibia’s capital, Windhoek, lies Otjiwarongo, home to the Cheetah Conservation Fund (CCF), the world’s leading charity dedicated to fighting for the cheetah’s survival and now 25 years in service.  Founded by American Dr Laurie Marker in 1990, she and her team have been working to develop a way to have humans live harmoniously with cheetahs via an integrated series of programmes.

Dr Marker had been working at a wildlife safari park in the US and in 1977 took one of the cheetahs that she had hand-reared in Oregon to Namibia to see if the cheetah would be able to hunt in the wild. However, when Dr Marker arrived in Namibia she found that the farmers were catching and killing cheetahs, which they viewed as vermin.

Dr Marker immediately wanted to understand the situation and find out if the cheetahs were a perceived threat or an actual threat to farmers, their families and livestock. After buying an old Land Rover and touring the farms, she realised that it was quite clearly a perceived threat, so she left her job in the US and set up the CCF in Namibia. But she knew that if she wanted the farmers to help her, she would have to help them. A farmer’s daughter herself, and an entrepreneur, she understood wildlife and running a business, so she looked at ways she could boost their prosperity, protect their livelihoods and save this beautiful animal from extinction.

She opened a centre at Otjiwarongo, which focused on research, conservation and education. Over the next few years she launched three initiatives, which have now helped stabilise the cheetah population of Namibia – the Livestock Guarding Programme, the Dancing Goat Creamery and Bushblok. After getting farmers onside by showing them how important cheetahs are to tourism she then implemented her first scheme – the Livestock Guarding Programme. The CCF donated Anatolian Shepherd and Kangal dogs to the farmers, which they could use to protect their herds. 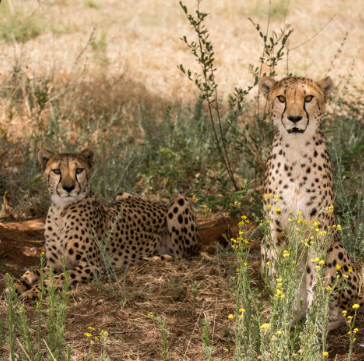 Marker had seen farmers in Oregon do this to help protect their herds from coyotes. It was a method that has been used by farmers in Turkey for thousands of years. They would place Anatolian Shepherd and Kangal dogs among their smaller livestock to protect the flocks against bears and wolves.

Marker knew that in many cases, the farmers in Namibia are so poor that the loss of a single animal can have devastating consequences on their lives. So the CCF kickstarted a breeding programme in 1994, where they would place 10-week old puppies with Namibian farms. The puppies grow up developing a bond with the herd and become extremely protective. And when the dogs were older they would become a large, imposing animal that would have a ferocious bark, which would scare away any potential predators. This scheme has been extremely successful, reducing livestock loss from all predators by between 80 and 100 per cent.

As well as breeding the puppies, the CCF educates the farmers who have adopted the puppies in how to train the dogs and they follow up with site visits to ensure the training is working and to provide any medical care that may be needed. They have now placed more than 600 dogs on farms and there is now a two-year waiting list for puppies. What has also happened as a result from this scheme is that the children who used to look after the herds can now go to school and the community’s attitudes to cheetahs and other predators are changing.

The CCF also looked at other income sources for the farmers, one of which was creating the Dancing Goat Creamery where products such as cheeses, ice creams and fudge are produced from CCF’s goats and sold at the Creamery, showing the farmers what can be achieved.

Tackling one of the biggest environmental issues was trying to limit the unending spread and encroachment of the native thornbush, which not only reduces the grazing area, but also the thorns can blind cheetahs. The CCF looked at ways to turn the thornbushes, this mass of wood into a fuel source, which they achieved when they created Bushblok. These compressed briquettes are sold and used for many purposes from barbecues to industrial power generation. The operation now employs 30 Namibians.

“If you are willing to get creative, conservation initiatives can be a source of growth,” explained Dr Marker.

Their centre is open daily and offers numerous activities for visitors, including the Cheetah Run where they can watch a cheetah exercise session.

Dr Marker and her team also visit schools, farms, zoos, societies such as the National Geographic in London and many other public communities around the world to demonstrate their work and importantly to educate the public in how they can get involved in supporting their methods to save the cheetah and to continually update on biodiversity and conservation.

The team also celebrate International Cheetah Day on 4 December every year to help increase awareness globally and encourage everyone to help support the animal’s plight.

Sitting on the dusty ground with a three-year old orphaned cheetah lying next to me, feeling her deep purr resonate through my body was a profound moment, pure trust. To think that these graceful, shy creatures could still disappear from view forever cuts deep into the soul. So this is why we need to act now. Click here to find out what you can do to

This article was sponsored by Wilderness Safaris 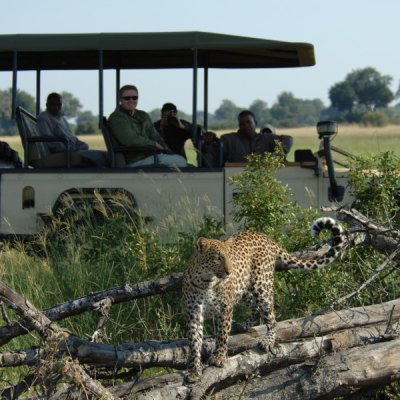 Founded in Botswana in 1983, Wilderness Safaris is widely acclaimed as the continent’s foremost ecotourism operator.

We give our guests life-changing journeys in some of the most remote and pristine areas in Africa and in so doing help conserve Africa’s spectacular biodiversity and share ecotourism’s benefits with rural people. We offer private access to 2.5 million hectares (over six million acres) of Africa’s finest wildlife and wilderness areas through some 50 luxury camps and safaris across eight African countries: Botswana, Kenya, Namibia, Rwanda (2017), Seychelles, South Africa, Zambia and Zimbabwe. Our wildlife, marine and cultural safaris in remote, pristine wilderness destinations are specialised, educational, exploratory and fun.

Little Ongava is perched on the crest of a hill in the private 30,000-hectare Ongava Game Reserve in Namibia, which borders the Etosha National Park to the north. For experiencing the mysterious Skeleton coast, Hoanib Skeleton Coast Camp offers the perfect base.