The Pangolin Men Of Zimbabwe | Travel By Lightfoot

THE PANGOLIN MEN OF ZIMBABWE

by Lightfoot
When a small elephant rescue centre in Zimbabwe was asked if it could help save a trafficked pangolin, little did they know they would soon be at the forefront of protecting one of the most endangered animals on Earth

In the wilds of Zimbabwe, five men are taking an afternoon stroll through the bush. Their steps are slow and unhurried as they wait for their charges to catch up. It’s a process that happens every day. Each afternoon, as the desert sun starts to lower in the sky, the pangolin carers each carry one of these four-legged pinecones into the bush where they can forage for dinner. After toting them over their shoulders they then carefully lower the pangolin onto the pathway so that these mini prehistoric creatures can search for ants and termites.

This picture of tranquillity is only slightly tainted by the reason of how the pangolins came to be here. These animals have all been trafficked and they are now being rehabilitated at the Tikki Hywood Trust  in the hope that they can be released into the wild. Thanks to their spiny armour it looks as if very little could pose a threat to them, but the facts tell a different story. Over the past decade more than one million pangolins have been killed either through deforestation or China’s lust for pangolin flesh. Pangolin meat is often eaten to seal a business deal and its spines are used in Chinese medicine.

However, one small rescue centre in Zimbabwe is working hard to save the animals and change legislation so that they can be protected. The Tikki Hywood Trust, launched by Lisa Hywood in honour of her late father, is now at the forefront of protecting the world’s most trafficked creatures. Although, Hywood explains that when they launched in 1992, they were working with a rather more imposing species. “We had been working with elephants, relocating them to different parts of the country due to the drought,” says Hywood. “But when the police confiscated a pangolin from a trafficking deal they brought it to us as they said that they didn’t know what to do with it. I thought I don’t know what to do with it either. It made me feel really ashamed that I didn’t know anything about this animal.” 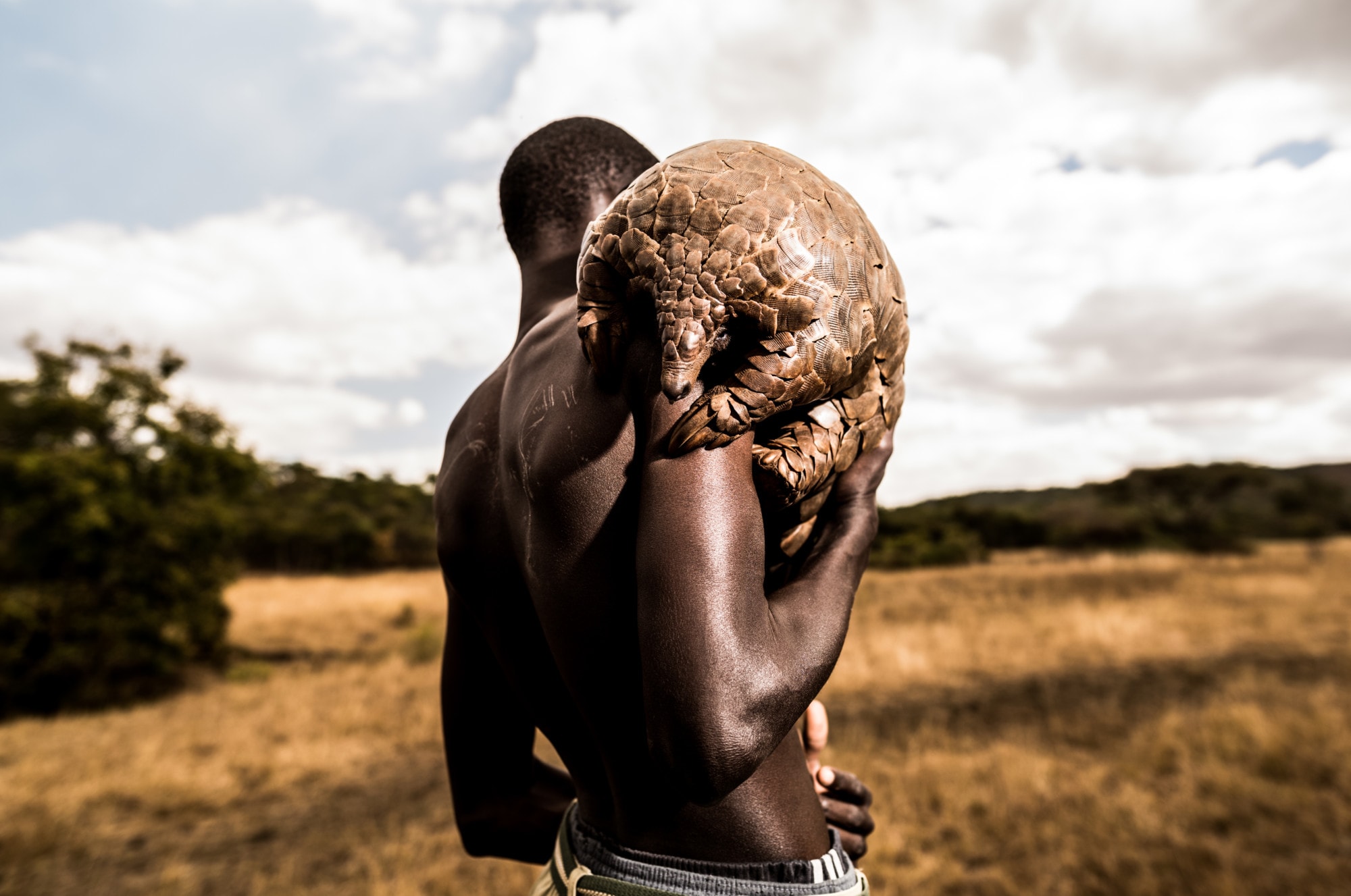 And when they received their first pangolin in 1994 that was the turning point for the trust. “There are many animals on the verge of extinction and no one is putting any investment into them. So that’s what I wanted the trust to focus on,” says Hywood.

They had been working with renowned wildlife vet Dr Chris Foggin and with his help they were able put together a programme that would help with the rehabilitation of the creatures. And since 1994, they have managed to rehabilitate more than 100 pangolin.

The work, while rewarding, is intensive. Each pangolin has its own handler. And the trust can have between 10 and 15 pangolins in its care at any one time.

Thanks to the hostile cages that the traffickers place them in, the pangolins often arrive at the rescue centre with multiple wounds to their claws and faces. And if there are pangolin mothers that are nursing, they will often be so stressed that they will stop lactating. As she can no longer look after her pangopup, the team will then rehabilitate the mother separately and hand rear her offspring. 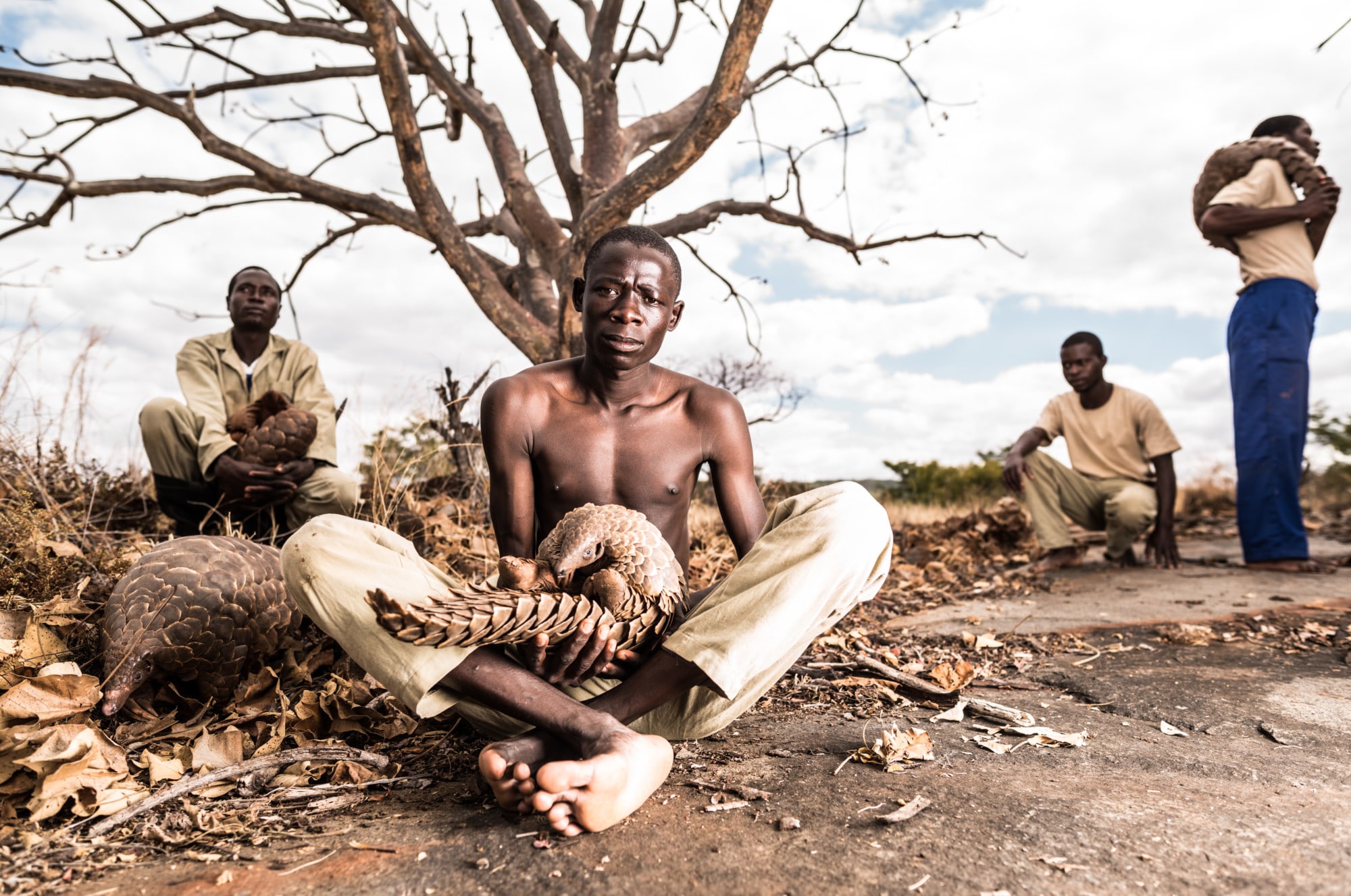 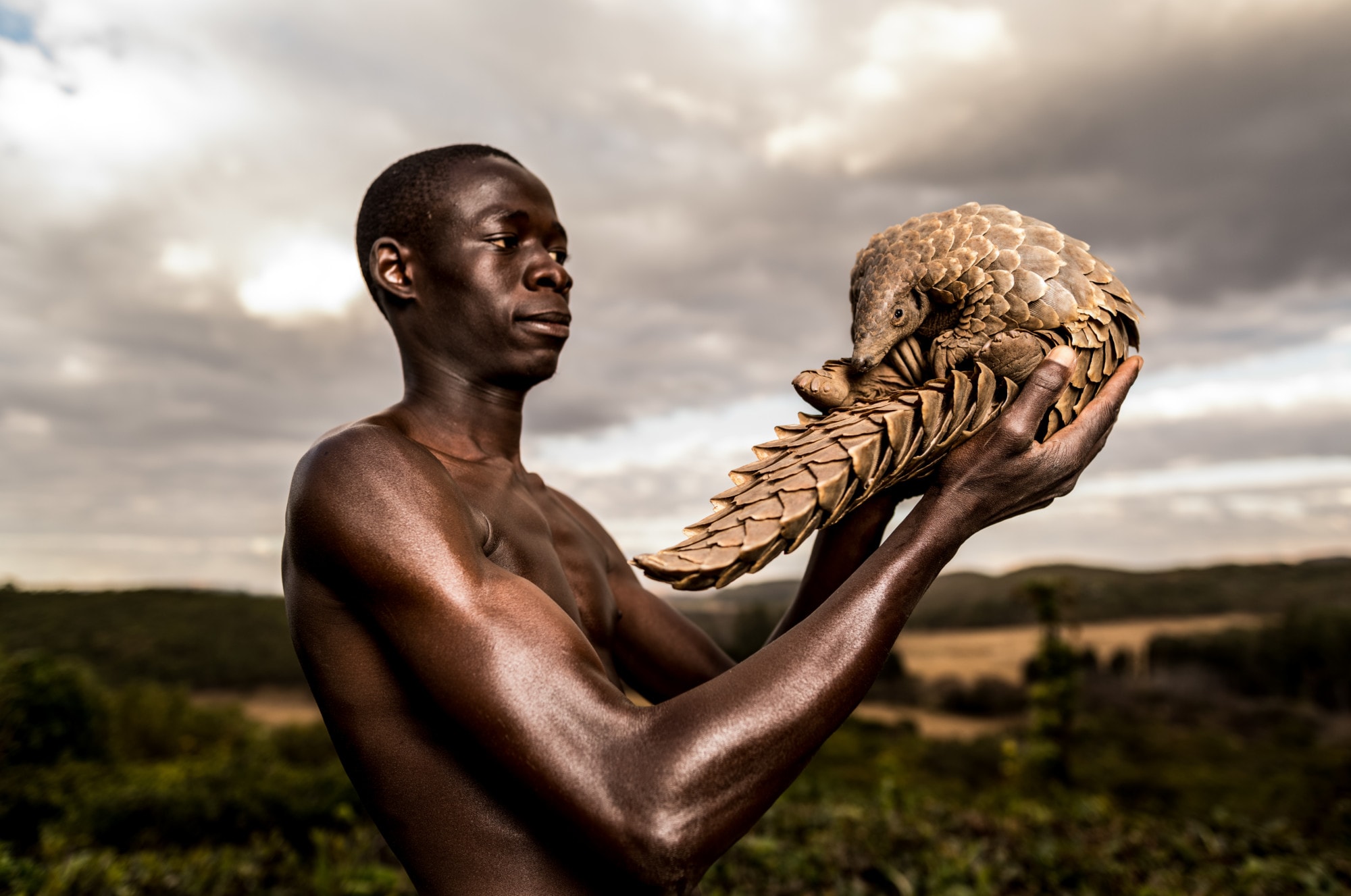 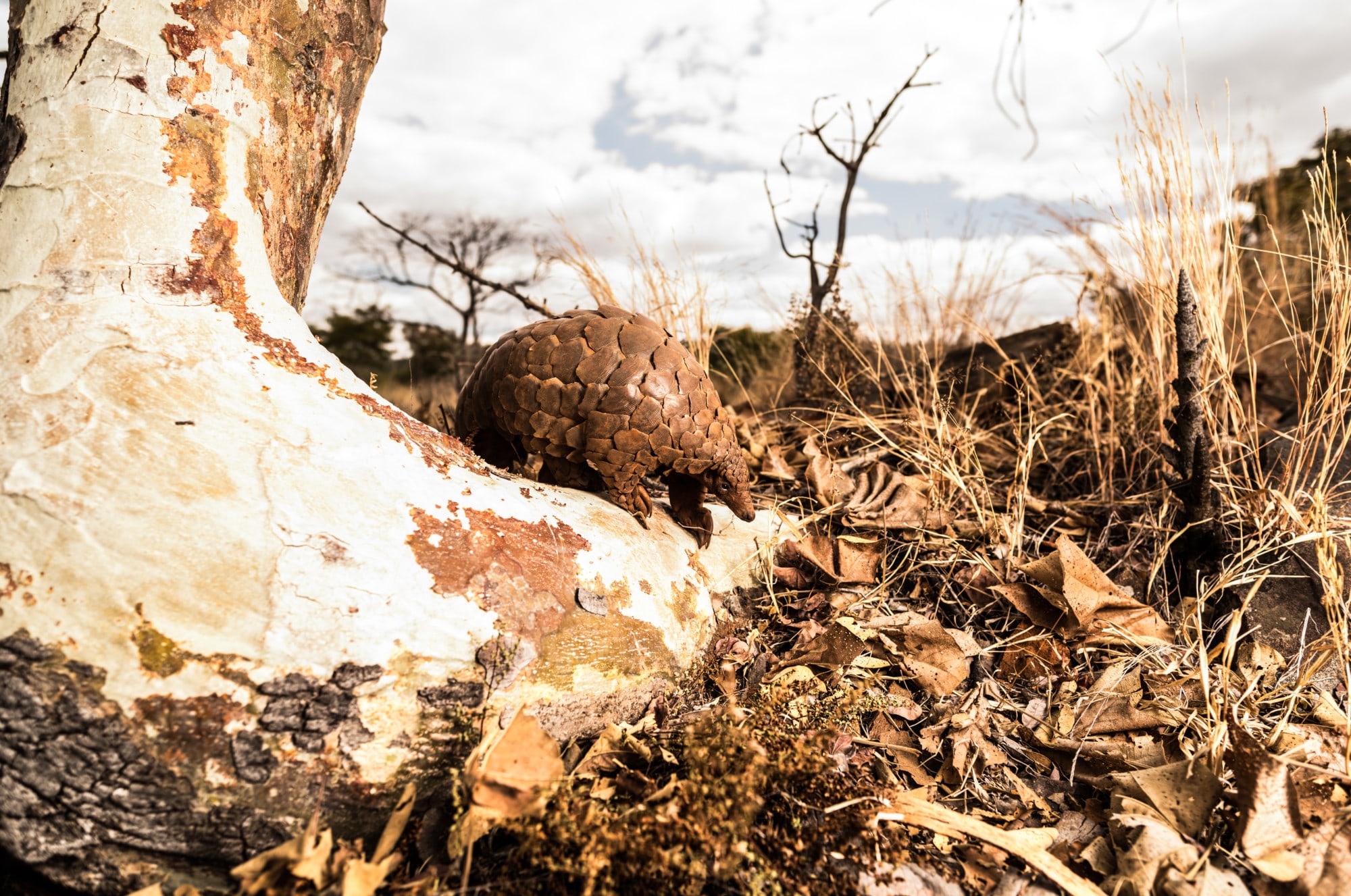 The trust has to keep a close eye on all the eyes, for while they may be out of the reach of the poachers, the animals are still susceptible to stress and pneumonia. And this is why the team take a covert stance when it comes to operations. “We are in no way a zoo and we don’t have volunteer programmes,” says Hywood. “Our animals are of paramount concern for us. We want the animals to have as stress-free environment as possible. We want them to be able to heal then be returned back to the wild.”

However, one person that they let visit their sanctuary was the wildlife photographer Adrien Steirn. The trust invited the photographer to the sanctuary to help put these fragile creatures in the spotlight and at the forefront of everyone’s minds when it comes to animal protection. “To see the relationship between animal and carer in every frame was relevant for people out there to actually care,” says Steirn.

The photographer joined the animal and their carer on their daily stroll and watched them show the younger pangolins where the most protein-rich ants were until they were able to discover this themselves. 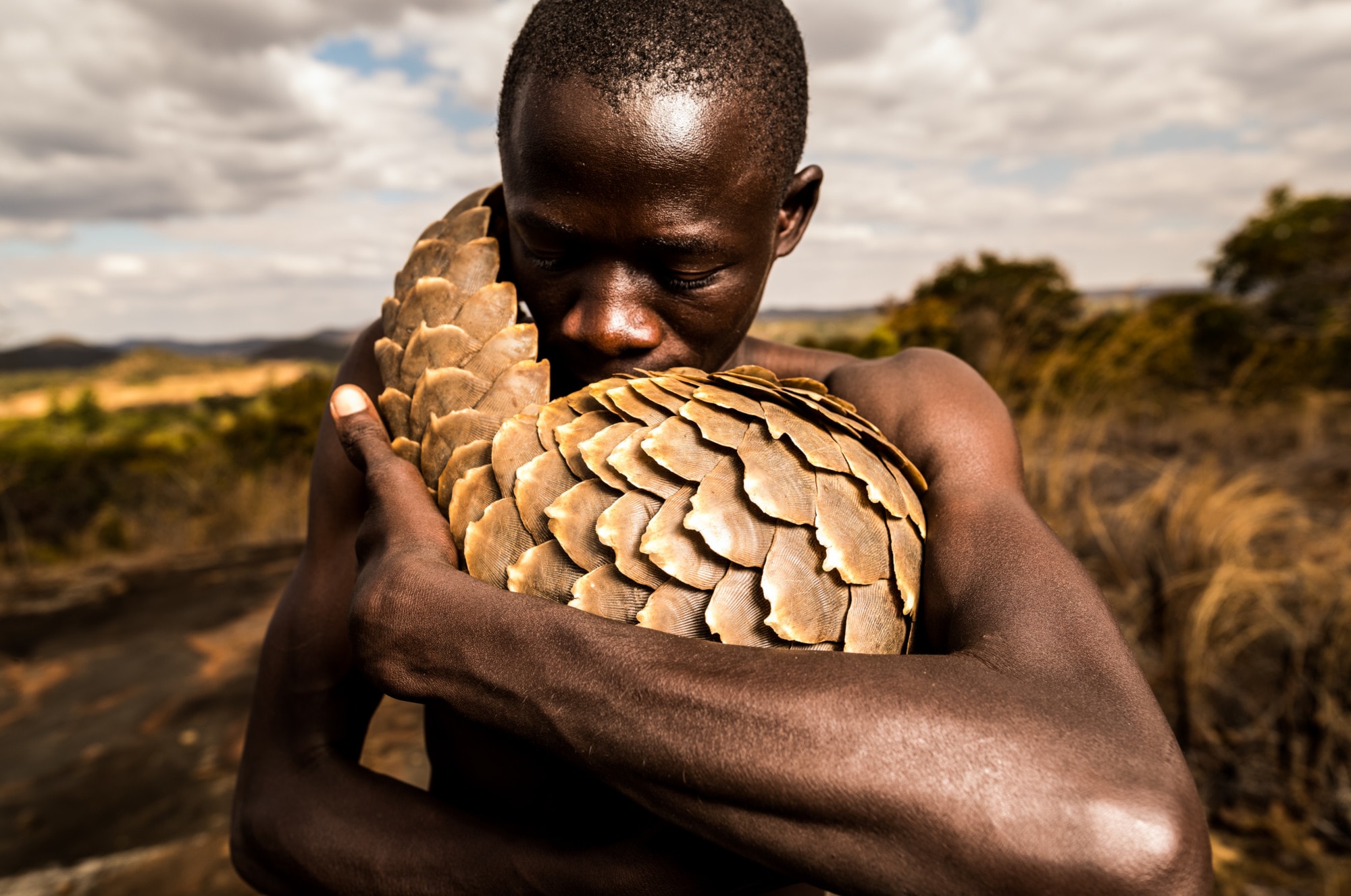 While the bond is strong, the aim is always to release them back into the wild. “There is no greater satisfaction than seeing an animal that has been abused by its captors, to being rehabilitated to being release back in its natural state,” says Hywood.

The pangolin is an intricate part of nature. “It is nature’s natural gardener,” Hywood explains. “The way that they forage, what they eat is so vital to the earth. A very necessary component.”

Zimbabwe has managed to convict more pangolin poachers than anywhere else in the world. In 2016, 52 animal traffickers were convicted. Now the trust is working hard to bring together all the African countries to show how important this species is in its continent. “We want to protect it with high jail terms and enforce the law, knowing that the law can act as a deterrent,” says Hywood.

The pangolin men are doing their best to help protect this prehistoric creature, now hopefully once the rest of the world has seen these photographs they will do their part to save it too.

Take in the awe-inspiring Victoria Falls and enjoy wildlife-spotting opportunities on a luxury break to Zimbabwe with Lightfoot Travel. 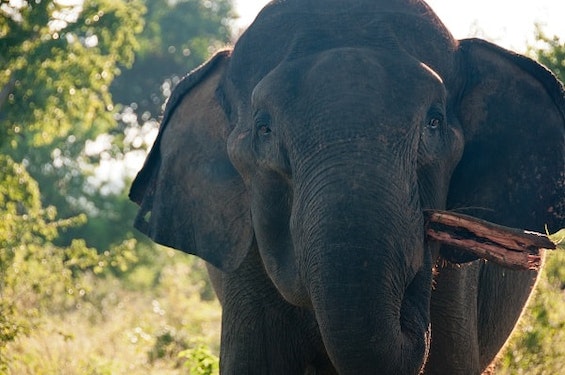 NADYA HUTAGALUNG ON HER FAVOURITE HOLIDAYS 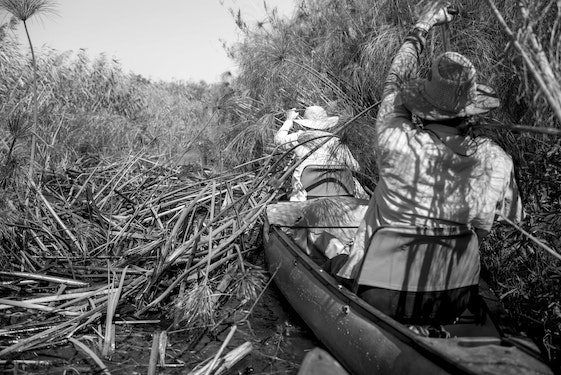 CANOEING DOWN THE OKAVANGO DELTA