In the North of Botswana lies the Okavango Delta, home to cheetah, lion, white rhino and black rhino — some of the world’s most endangered animals. It is also home to two of the most famous wildlife filmmakers and photographers in the world — Dereck and Beverly Joubert. They are usually found driving through the waterways in their Jeep, with camera equipment balanced on the roof and spare lenses squeezed into any minute space left in the vehicle. But even when they are motoring through croc-filled waterways or submerging their vehicle completely and having to scramble on to the roof, there is nowhere in the world they would rather be. And they would still say that even after an almost fatal run-in with a wild buffalo — but we’ll get onto that later.

The couple, who met at high school in South Africa, first worked in the bush together when they ran a camp called Sohobele in the Timbavati Reserve. While the camp didn’t last, the affect the bush had on them did. “The camp placed us in the Timbavati Reserve, and it also placed us most notably near to my brother, an artist living in the Klaserie. In many ways I was mentored into this lifestyle,” says Dereck.

Their introduction to the new way of life was a happy accident, so was their entryway into film and photography. The passionate conservationists realised that they could use their images to help tell spread their environmental message. Both were equally adept behind the lens, and their ability and need to tell a story through film soon steamrolled. It wasn’t long before they caught the attention of National Geographic. 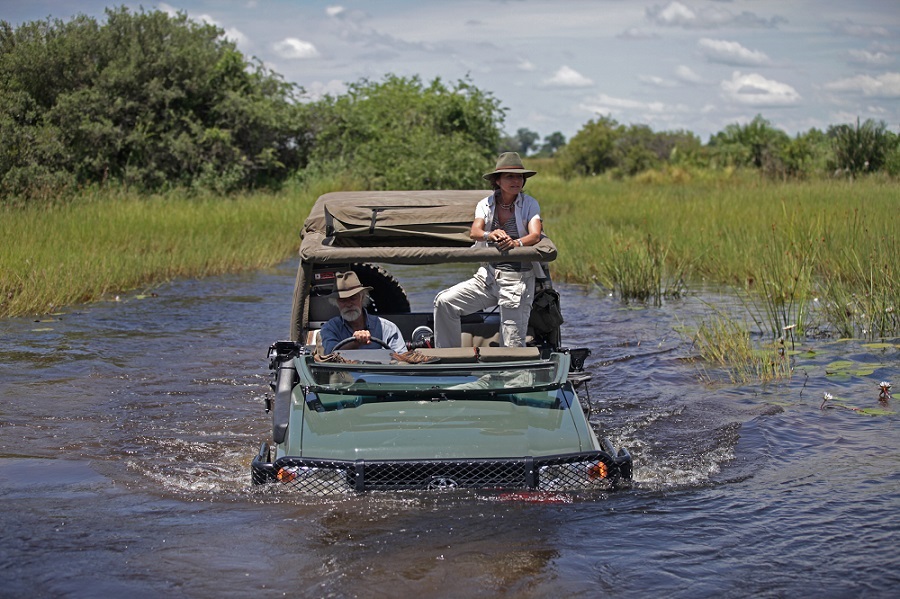 Through their closeness to the animals the Jouberts were making endless discoveries that so far had gone unnoticed by the world of science. They were the first to notice that lions could and do kill elephants, that hyenas hunt and kill as much as lions do, and they also captured on film a young leopard taking an orphaned baby baboon high into the trees to protect it from a passing hyena.

The result of their work has seen them receive eight Emmys and a Peabody. However, the photography would just be the start of their mission to protect wildlife. One night when Dereck was plotting the size of the big cat population, he was hit with the realisation that while they spent four years creating the award-winning film Eye of the Leopard, 5,000 leopards were killed by hunters during this time. “We decided that we needed to acknowledge our successes, but also our failure in being able to turn the most important curve around with just our films and that’s when we launched the National Geographic Big Cats initiative,” explains Dereck.

The cats were facing four key threats — the loss of habitat through slashing and burning; the massive expansion of livestock moving into the big cats’ territory; trophy hunting and the trading of lion bones. The illegal trading of the bones gave further concerns, as the lions are poached using poison and they were also entering the human food chain. “People’s lives are in danger in the Eastern markets as they eat these poisoned bones,” says Dereck. 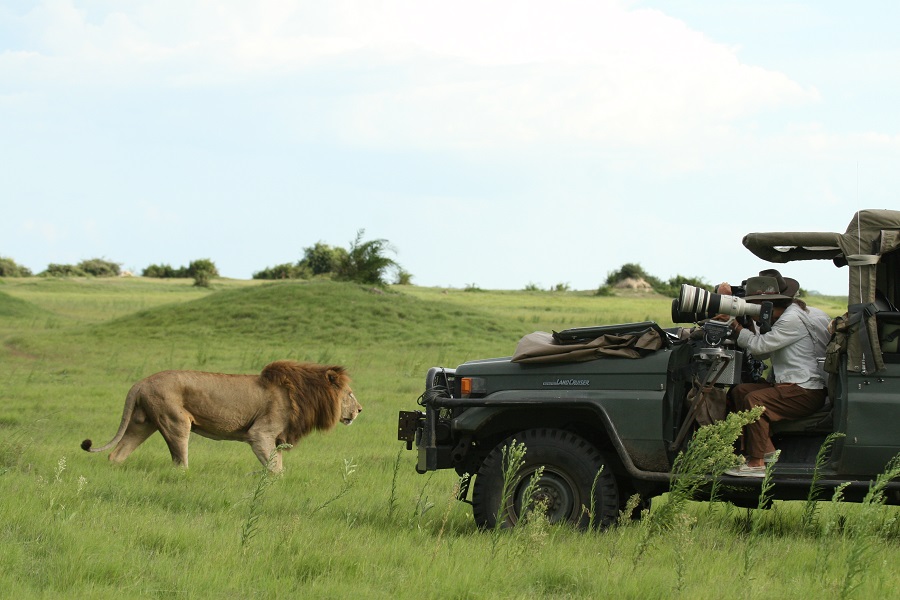 The Jouberts started fighting to save the big cats by working with scientists to assess and map the populations of big cats, create on the ground protection efforts to stop poachers and work with local communities to show how valuable these creatures are. They have also helped reintroduce big cats into the wild. One of their projects funds Warrior Watch, a initiative led by Samburu warrior Jeneria Lekilelei, to make sure that man and beast live in harmony. The Warrior Watch team use their tracking skills to make sure farmers know where the lions are and avoid any unnecessary altercations with livestock.

Spurred on by the success of the Big Cats Initiative, the Jouberts then launched the Great Plains Foundation to move rhinos from high poaching zones to safety. The aim was to move 100 rhinos and now they only have 13 more to relocate to reach their target and make it the largest rhino move in history.

The Jouberts have spent more than 30 years raising awareness of the issues that face the wild animals in Africa. Their hard work was acknowledged by National Geographic when they made them Explorers In Residence, alongside wildlife luminaries such as marine biologist Sylvia Earle and oceanographer Robert Ballard. 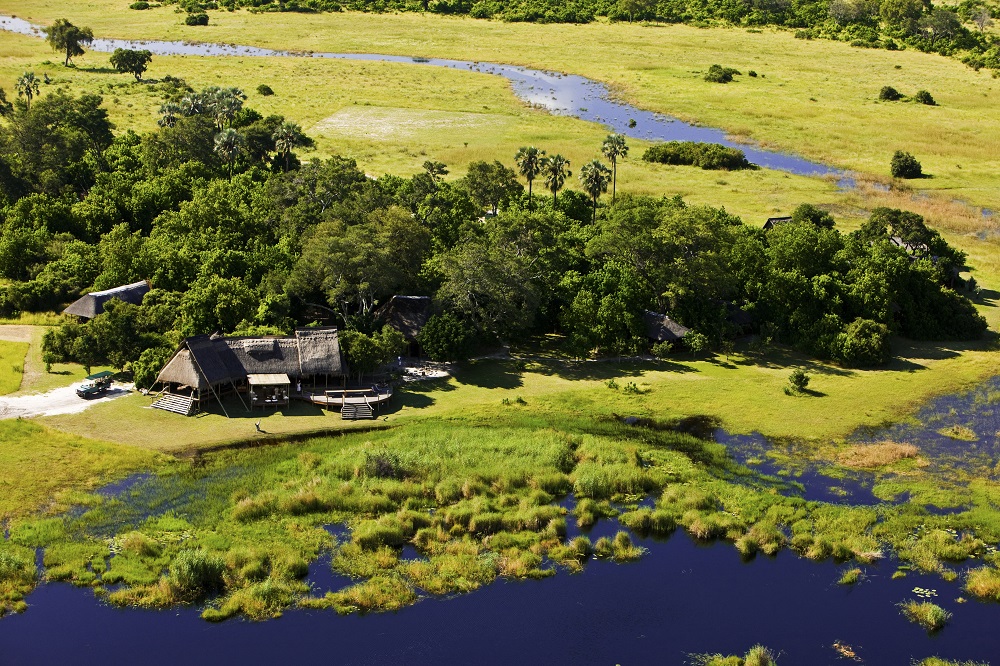 Yet even with all this adoration, day-to-day life for the couple hasn’t changed. Home is a canvas tent in Duba Plains in the Okavango Delta and their day starts at 4.30am when they head out before dawn to film. Then when it’s light, they follow the lions as they start to hunt. “When it’s blisteringly hot around midday, we will find some shade and I often read some research or write,” says Dereck. “As soon as the edge comes off the heat, we follow the lions or rhinos — whoever is on the move, until the end of the day when we are treated to the most magical sunsets.” The couple return to the camp to eat and spend the next three hours downloading the images before they hit the pillow. “We sleep like babies until a Heuglin’s robin starts to call at 4.30am,” says Dereck.

Close proximity could drive any couple to distraction, and while they have their own survival techniques, including claiming sections of the Jeep as their own, the key to their success says Dereck is that they started as friends. “We believe in some fundamental elements of life — trust, respect, dignity, sharing, health, happiness and finally love. It’s not always perfect, but if you stay true to those and remind yourselves that you are friends first, then the clutter dissolves.”

This isn’t to say that every day goes swimmingly. They have faced crashed planes, deadly snake bites, elephant attacks and in 2016, the Jouberts were attacked by a buffalo at night. Its horn impaled Beverly and Dereck had to carry her back to the camp and administer first aid for 11 hours. She died twice during the incident and lost two litres of blood. “I would not trade a single hardship because it makes us who we are… except this one,” says Dereck. Still obviously shaken from the episode he adds: “It put a few wrinkles on my forehead.” 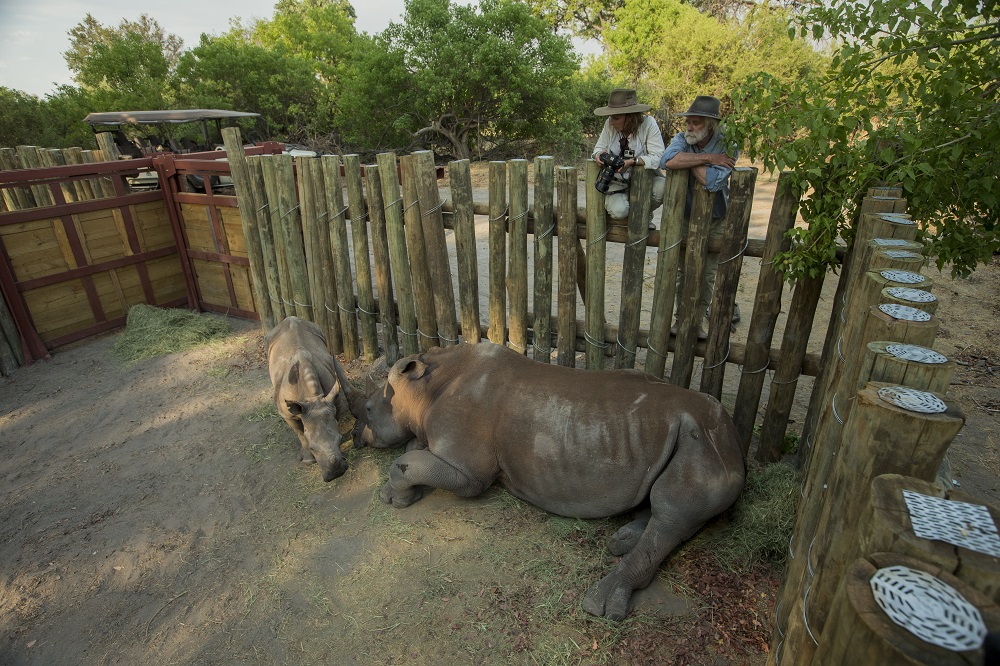 Beverly is now back to flying around the world, even more determined to draw attention to the threats facing Africa’s wildlife. When Dereck reels off their plans for 2019, it’s clear that neither of them show any signs of slowing down. Not only are they working on a TV series for PBS television on the Okavango Delta, they are filming three documentaries, writing a book about their lives and opening a lodge in Zimbabwe that follows the success of Selinda Camp in Botswana, which they launched to help protect the land and wildlife corridors. They also plan to move the remaining 13 rhinos to Botswana to reach their epic target and launch the Great Plains Academy, to help underprivileged communities.

The fight to save the wildlife continues and it’s one they feel they are winning. “We are losing animals, but we are winning the fight for them ironically,” says Dereck. “If I site the public opinion around Cecil the lion, you can tell we are part of
a movement that can’t be stopped. The timelines keep me up at night though. We will be better, but will it be in time?”

When the couple first entered the bush, they couldn’t have known what an impact their work would have made on the lives of others. Even after the toughest days, it’s clear to see what keeps them going: “Recently we had a herd of elephants come into the camp silently, under the full moon,” says Dereck. “We sat on a wooden deck and as they got closer and closer we realised they were feeding on the flowers from the Sausage Tree above us. Eventually they were scooping flowers off the deck between our feet as we sat silently in awe.” 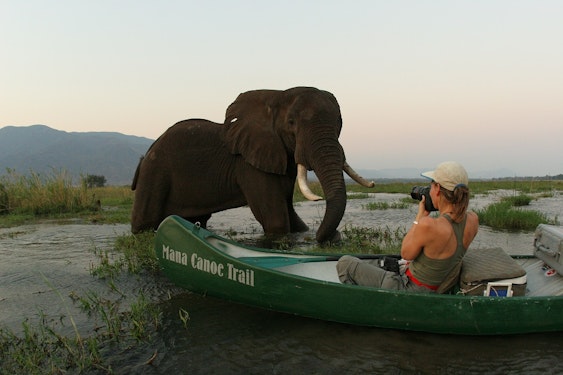 AMAZING WOMEN WHO ARE HELPING TO SAVE THE PLANET

The green queens who are leading the way 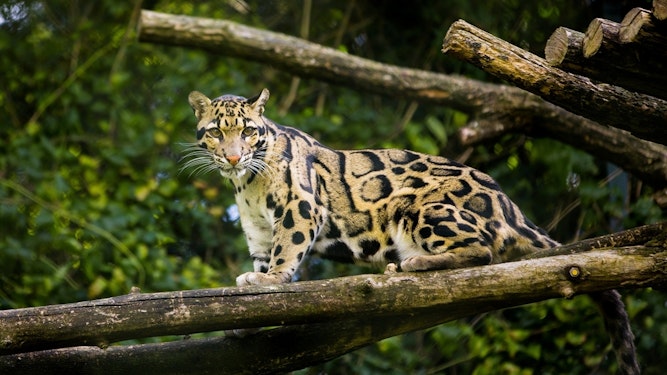