JUMPING INTO THE DEVIL'S POOL IN AFRICA

“This is not playtime,” said Alpha Omega, our Devil’s Pool guide, a tall stick of a man. “You must do exactly what I say. We do not want you to feed the crocodiles waiting at the bottom of the Victoria Falls…”

The world-famous Victoria Falls is a natural wonder that defies description as its turbulent waters gush over a 110-meter high gorge. The surrounding lush rainforest is teaming with wildlife, prevalent especially at dawn, so be prepared to get soaked in ‘the smoke that thunders’. With the world's wildest white-water rafting, a heady 111m high bungee jump off the Victoria bridge, and a heart-stopping zip line across the gaping gorge, this is every adrenaline junkie’s paradise.

An early morning speedboat heading to Livingstone and its ‘Morning Breezer’ experience is as exhilarating as it gets. Us wannabe heroes, bound for the Devil’s Pool, are collected from the jetty of the Royal Livingstone Hotel; here the guide gives us a brief safety talk and introduction of what to expect.

From the hotel’s jetty, we bump against the strong current and across the river in what feels to be a hopelessly under-powered speedboat, twisting and turning as the skipper navigates his way through the rocky channels, heading towards the rising column of spray from the Victoria Falls. At this point it needs to be said: water terrifies me and heights. And if I wasn’t bothered about it before, I was now as the guide had told us during the briefing that a bull elephant had been swept over the top, due to the current.

A few months ago, sitting at home in England with a glass of whisky and a book of maps, my editor decided this was a capital idea. But now I reached the conclusion that this was going to be the way in which I would die and spent the 10 minutes it took to cross the Zambezi River thinking about the terms of my will, contemplating my familiar possessions with the eye of one who was planning their testamentary disposal.

Now safely on the rocky Livingstone island, traditional Maheu energy drinks, made from maize meal and sorghum, were handed around. The island is where Dr David Livingstone first witnessed the Victoria Falls in 1855 and proceeded to measure the depth of the Falls with a strip of calico weighted down by a bullet. Alpha Omega hurries through the safety procedures of visiting the very edge of Victoria Falls, which is on the east of the island overlooking Horseshoe and Rainbow Falls.

“You can only visit this area when the water levels are low,” he said. “Usually this is between July and March and sometimes, to get to Devil’s Pool, it is an even shorter period as the water level need to be really low for safe swimming, otherwise you’ll do what the elephant did.”

Soon Alpha Omega had us wading through, then swimming into the current, leading us to the west of the island overlooking the Main Falls and the magnificent main torrent of water gushing over the basalt precipice. With its numerous rainbows floating through the spray, it’s jaw-dropping beauty is like nowhere else on earth. On the other side of the first pool, we climbed over jagged rocks (be sure to wear trainers).

“We’re almost there,” said Alpha Omega leading us and explaining the route. “Now,” he says, “you jump into the Devil’s Pool.” He calmly jumped in and swam to the edge of the pool where he waited for us. “Make sure you catch me,” I shouted. The noise of the falls was overwhelming and as I got closer to being a human lemming, I became weaker at the knees.

Of course, this is not obligatory and you’re not forced to do it. You are only invited to do it if you feel comfortable, but there was no way I could back out of this now. So, I walked to the edge of the rocks overlooking the pool and with my heart beating out of my chest, I jumped, with the certainty that I would die.

“I am the daughter of the soil,” I gasped when spluttering to the surface. “This is not my milieu.” Being a non-swimmer I was momentarily placated when I found safety ropes in place. The Devil’s Pool itself is a deep natural pool that nature had eroded and creased into a unique rock ledge on the lip of the Falls, where the water’s just a few inches deep. This natural barrier is what slows down the current and allows you to jump into the deep pool, but not get swept over the edge.

I lay on this rock lip at the edge of the Devil’s Pool and looked right into the devil’s mouth – the 110m chasm of the Falls, with huge torrents of water gushing over the edge just meters away. The location gave rise to numerous selfie opps; our guide and his sidekick preferred taking photos and video of us with our cameras. My cameraman, in his wisdom, was on dry land, photographing us die-hards.

Now, comfortably certain that I was not going to die, I asked Alpha Omega to hold my ankles so I could hang my head and shoulders over the edge (spurred by the morbid curiosity of perhaps spotting the skeletal remains of the elephant). The Devil’s Pool has a real adrenaline kick to it.

I loved the experience and wanted to stay longer, but they only allow a few people into the pool at one time so I needed to leave to let the next person tick another adventure off their bucket list.

My Devil’s Pool survivors decided this experience should be at the top of everyone’s African bucket list. They say that you become stronger when you face your fears, and there must be some truth to that as I strutted off to breakfast with a bit of a swagger…

Zambia is a little-explored wilderness that offers a chance to experience nature at its best. See the big five, Victoria Falls, and the Zambezi River on a luxury holiday with Lightfoot Travel.

Victoria Falls is one of the worlds most striking performances - the Local people call it "Mosi-oa-Tunya", or The Smoke that Thunders. 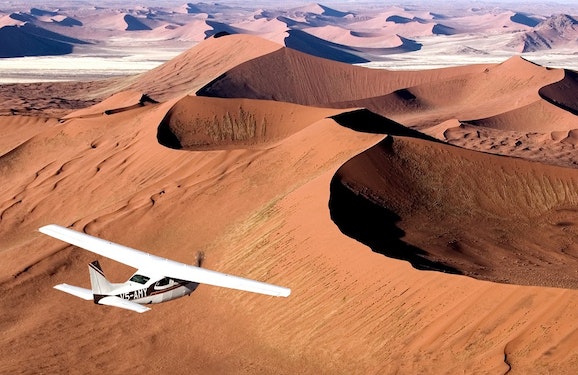 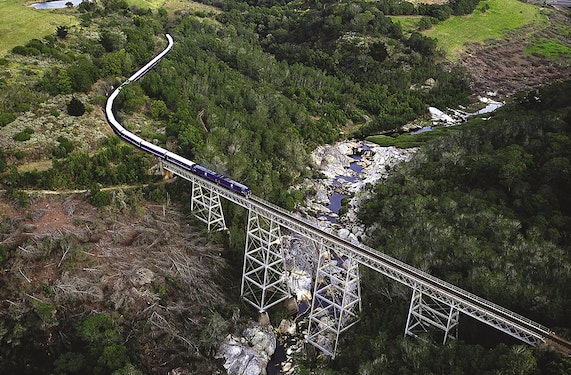