by Lightfoot
We talk to Beulah London co-founder Lavinia Brennan about the fashion brand that is determined to make a difference to women’s lives
Little did Lavinia Brennan and Lady Natasha Rufus Isaacs know that when they took a charity trip to India 10 years ago how much it would change their lives and those of others. But within two months of volunteering at a women’s refuge in Delhi where they taught the women sewing skills, the duo decided to launch Beulah London, the fashion brand that supports and empowers society’s most vulnerable women.
The now legendary brand started out as a hunch. Neither university graduate Brennan or Sotheby’s alumni Isaacs had experience in the fashion industry, but they could see how employment was transforming women’s lives in the slums of Delhi and that there was a gap in the market for clothing with a social message. They could have gone back to their church in the UK and launched a fundraising campaign, but Brennan and Isaacs wanted to do more. They also wanted to create a business that would throw a lifeline to women and help break the cycle of poverty and re-exploitation.
During a talk that they had listened to in London before they flew out to India, they heard how an estimated 40 million people are in modern day human slavery worldwide. The talk was emotive, but now Brennan and Isaacs were hearing about some of this suffering first hand. It made their desire to help even stronger. 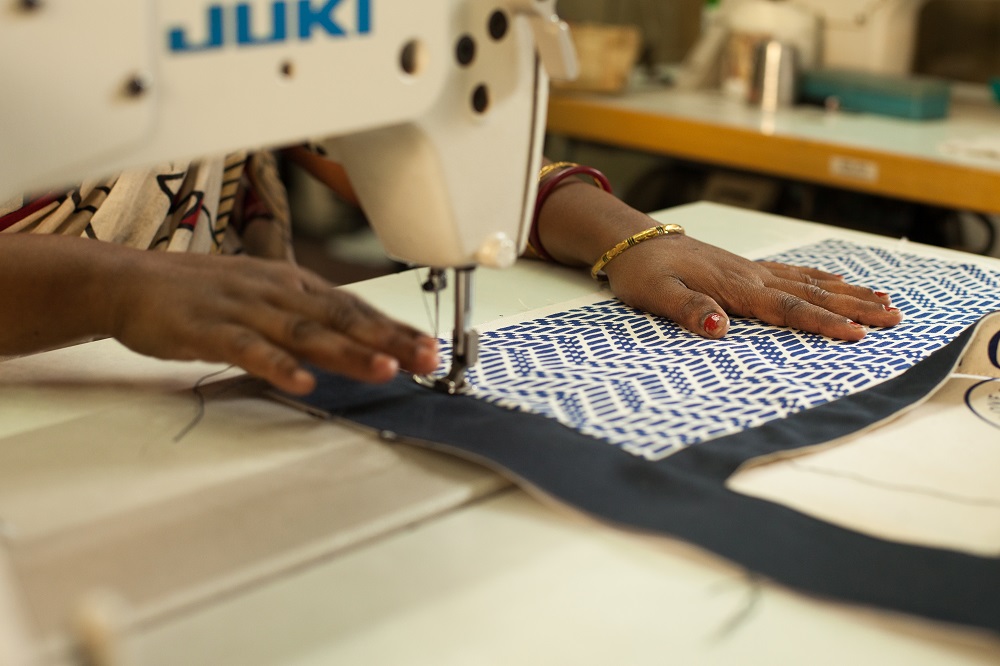 As India is a hub for the garment industry, a fashion business seemed the most appropriate, says Brennan. “We wanted to give the women skills that would be transferable,” she explains. So whilst the childhood friends were still in India, Brennan and Isaacs would ride in tuk tuks between the lanes of corrugated iron houses in Delhi to seek out projects and factories who could help bring this ethical clothing brand to fruition.

The designers returned home to the UK armed with samples of silk and embroidery and started working on their first collection. “In later years we’ve had fantastic mentors, but right at the beginning we were doing things very blindly,” explains Brennan. “We went to the Portobello Business Centre where we received free advice on starting a business. I think the gentleman we chatted to thought we were completely bonkers (laughs).”

But Brennan and Isaacs were undeterred and it wasn’t long before they were showing their first affordable luxury collection to clients in Brennan’s mother’s sitting room. However, Brennan says that this homespun approach worked in their favour. “Having that first-hand customer feedback gave us a chance to grow the business and understand what our consumers were wanting,” she explains.

While the young socialites might not have been trained as dressmakers, they clearly had an eye for fashion for one of their first dresses, the chiffon Sabitri dress is still popular with clients. 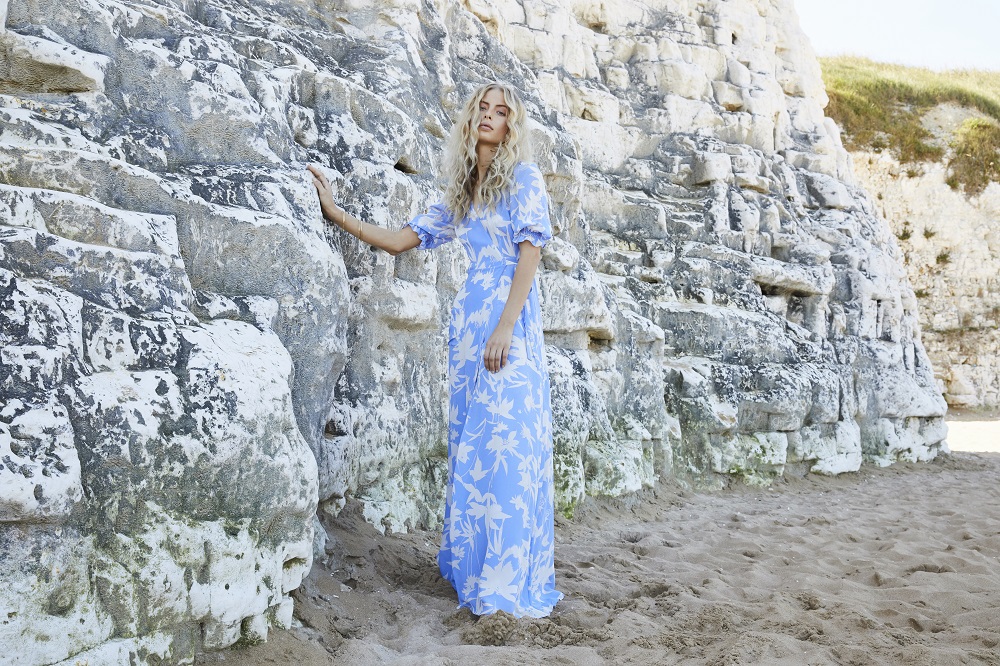 Brennan and Isaacs worked on developing a smooth chain that saw the fabric being created by the women in India and then shipped to the UK to be stitched by seamstresses. The designers had hundreds of ideas for the fabric, but they knew that they had to give the teams in India time to adapt. “We quickly realised we had to work with their capability,” says Brennan. “They are continually being taught new skills so we look at how we can incorporate it or use that to inspire the collection. It’s a constant open dialogue.”

Then they received a break that most designers would hand over their next season’s moodboards for – the Duchess of Cambridge chose to wear one of their designs. “It suddenly gave visibility to the brand in a way we could never have dreamt of,” says Brennan. “But we had to quickly work out what we doing. We actually didn’t have any stock of that dress or a transactional website at the time – it was a real learning curve.”

The brand received further adulation in 2013, when the United Nations recognised Beulah London at a ceremony in Davos as a business tackling modern day slavery. They success was sealed. Soon even more celebrities, such as Kate Moss, were showing their support for the brand wearing Beulah London designs on the red carpet. While the women in India may not have recognised their celebrity fans, Brennan says how they were delighted to see their fabric come to life on these women.

The Duchess of Cambridge has continued to wear their designs over the years, including as recently as January of 2019 when she chose to wear a forest green belted midi dress to a Family Action charity event.

Now almost 10 years later, the Beulah London team is more prepared to handle the influx of orders. Yet, the need to scale as a business and the desire to operate as a social operation has continued to be one of their biggest challenges. They have the same commercial challenges as other businesses such as scaling, quality control and the need for their deliveries to be on time, but they also have to be aware that their projects might not be able to deliver all the fabric that they need in a set time so they will have to tweak their designs accordingly. As they are now looking to open a second store in the UK or US and continue to build their online sales, Brennan says: “We have chosen a hard industry and made it more difficult for ourselves”.

However, it’s the social impact arm of their business is what helps drive them forward. “My favourite days are when I am in India,” says Brennan. “It’s very easy in the UK to feel a little bit removed from why we are doing what we are doing so I love going back to India. It’s food for my soul.”

Culture and Beauty in Luang Prabang

Experience some fine foods, spectacular sights and London life whilst visiting the UK. Visit Scotland's sparkling lochs and moors and experience a true culture tour round some of the world's most illustrious museums. 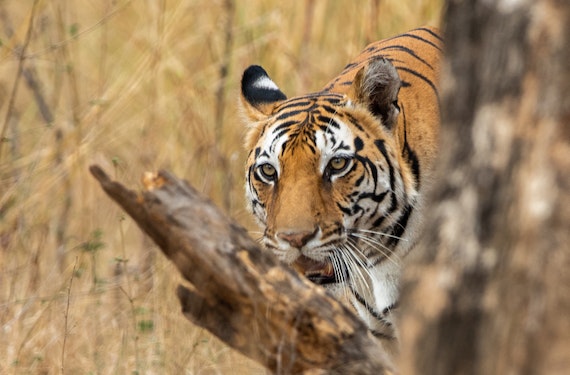 Grant Pearce, Editorial Director of GQ Asia Pacific, gives us his guide to his second home 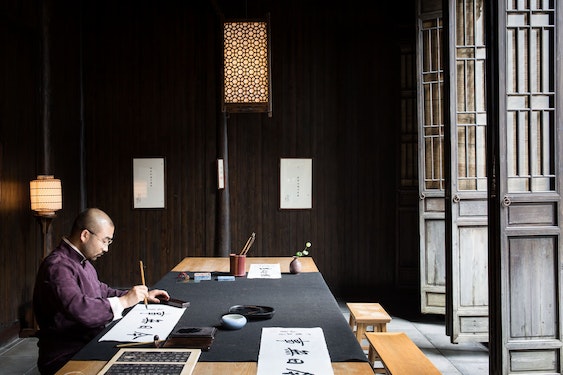