Discovering The Authentic Side Of Dubai | Travel By Lightfoot

DISCOVERING THE AUTHENTIC SIDE OF DUBAI

The glittering skyscrapers of Dubai didn’t disappoint… This is how Colombian photographer Juan Pablo Ramirez had always pictured the city. “I had heard how luxurious everything was – how big the roads are and how modern the buildings look and I was reassured,” says Ramirez.

He would spend his weekends shooting anything that appealed to him in his new home. Then after a few months of living in this city, someone said that he should visit Dubai Creek to see another side of the city. Little did he know that this trip would be the beginning of Streets of Stories UAE, a photography series that would capture his lens and his heart.

“When I went there I saw something I have never seen before. I was captivated by the dhows by the Creek as they arrived to load and unload with goods. But the thing that interested me the most were the people living in those boats,” says Ramirez. “I started to get curious about their life. I wanted to see and know everything about them. It was a side of the city that I didn’t know about. And I am still shocked by how the two ways of living co-exist, but remain very separate from each other.”

Before asking if he could photograph them, he started to try and build up trust with the sailors first. The Iranian sailors would stay in the port from between three to five days as their cargo was being unloaded. “At first, I would try just talk to them and get to know them. Then slowly, slowly I brought my camera and started photographing what I was seeing,” says Ramirez. 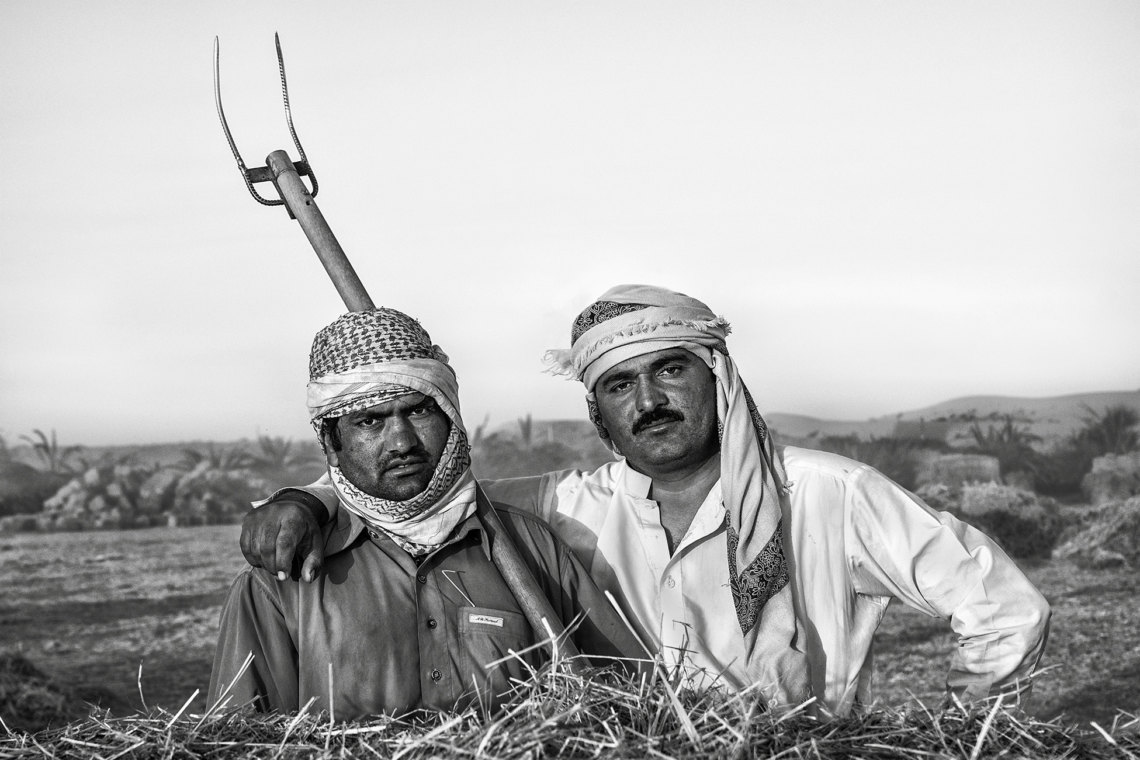 A few of the sailors would say that they didn’t want their photographs taken, but then when they saw their friends being snapped by Ramirez they became more open to the idea. The biggest challenge for Ramirez was the language barrier. The sailors don’t tend to speak English and Ramirez doesn’t speak Arabic or in the case of the dock workers, Urdu. However, one of his friends who speaks Urdu will sometimes join him so that he can translate. “Even though I can’t always speak to them I can feel their good energy and purity with their smiles, their gestures, their looks, and a lot of times their hugs when we have to say goodbye.”

It was the men that worked along the Creek who suggested that he expand his project. They recommended that he visit other authentic areas of the city and started to introduce him to their friends. “They told me about the farms near Al Ain where they process the hay for the camels around the area. Then they took me to the fish market to see how the fishermen clean and sell the fish, and then they introduced me to Pelhwani, which is Pakistan’s version of wrestling.”

This was the first time that Ramirez wanted to work on a series, which he has shot over the past year. When he was living in the USA, he would cover everything from professional football games to concerts to hard news stories, and the images were far more fleeting. 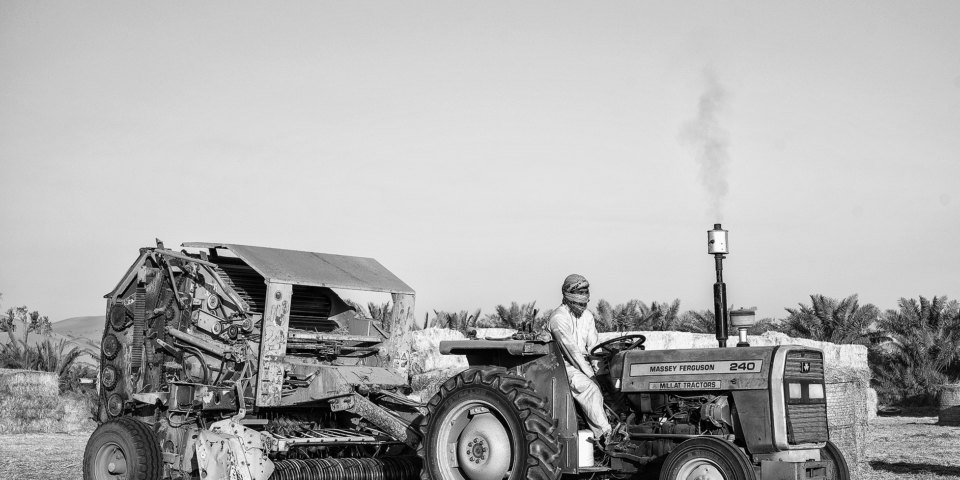 Ramirez wanted to capture their pride and humility. “When people see these images, I don’t want them to feel sorry for them, but to feel respect. Of course, they would love to improve their lifestyle, just like all of us want to improve our lifestyle. But they are proud of their traditions. For example, some of the fishermen or farmworkers have been doing this for decades and they want to pass what they’ve learnt on to the future generations. However, in a world that is moving so fast technologically speaking, I do not know how long they will be able to keep these traditions alive.”

Ramirez says that his favourite shot of the series is “the one where one of the Pakistani workers is leaning on the boat with his chin on top of his arms. The expression in his face shows hard work, but at the same time in his eyes, you can see the humbleness and the innocence they live with. I feel the photograph also illustrates how proud and honored they are of what they do.”

Dubai might have been when this photo story started, but Ramirez is now busy travelling to other emirates to photograph their way of living. “People think the U.A.E is only Dubai and Abu Dhabi. But there is way more than that needs to be seen and explore in this country,” says Ramirez.

The United Arab Emirates is one of the world’s most glamorous destinations. Experience traditional Abu Dhabi and marvel at futuristic Dubai on a luxury holiday with Lightfoot Travel.

Dubai erupts from the desert sands of Arabia - a dazzling glass-and-steel cityscape reaching towards the sky. 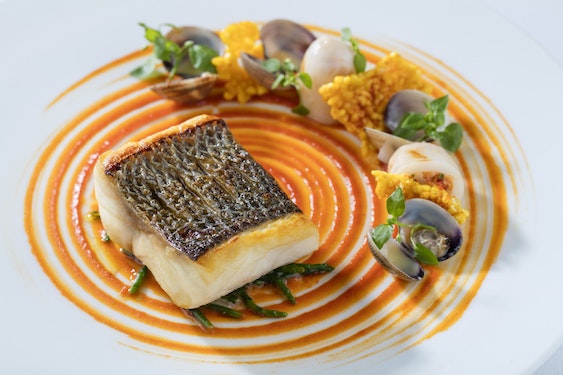 The UAE’s Happiness Representative at the UN, Hana Al Hashimi says which Dubai eateries will always leave a smile on... 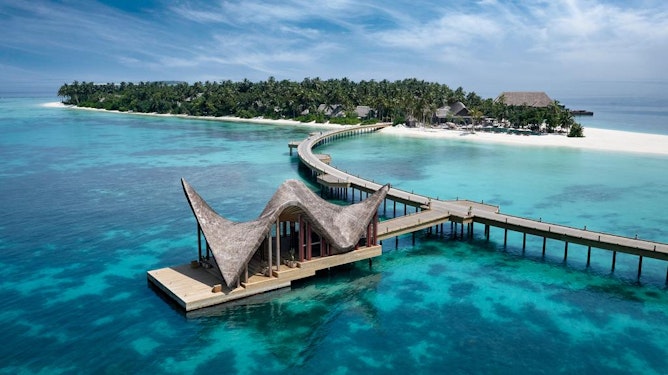