Ramshackle homes, pot-holed streets, children playing barefoot… and men swaggering down the street in sharp tropical-coloured suits and silver-topped canes. The incongruous sight of the Sapeurs on the streets of Brazzaville in the Republic of the Congo, causes pride, annoyance and amusement from their neighbours as they pass by. This dapper group took inspiration from their former colonial rulers and made it their own.

The movement embodies manners, elegance and joie de vivre. But their rakish style is now being given a run for its money – for in Brazzaville and across the water in Kinshasa in the Democratic Republic of the Congo [DRC], a group of women are using the Sapeur style to make their own statement. Until recently these female Sapeurs [Sapeuses] were yet to have their own moment in the sun, but now thanks to UK journalist Sally Howard and DRC photographer Junior D Kannah, the women Sapeurs are about to become the focus of an exhibition at the London’s Brunei Gallery from September to October 2017, and the stars of a new coffee table book, which will follow in 2018.

As soon as Kannah told Howard about the female phenomenon, the journalist who is studying at the School of Oriental and African Studies in London knew that wanted to find out more. The male sapeurs are already very much part of the establishment (even the DRC president Joseph Kabila is a self-confessed Sapeur). But the new group of female Sapeurs caught Howard’s imagination: “Their style is glorious. They wear suits and capes imported through contacts in Paris and Brussels by male designers such as Yōji Yamamoto and Carlo Pignatelli, accessorised by top hats and silver-topped canes. The sapeuse movement is one part political statement to two parts sartorial pizazz.” 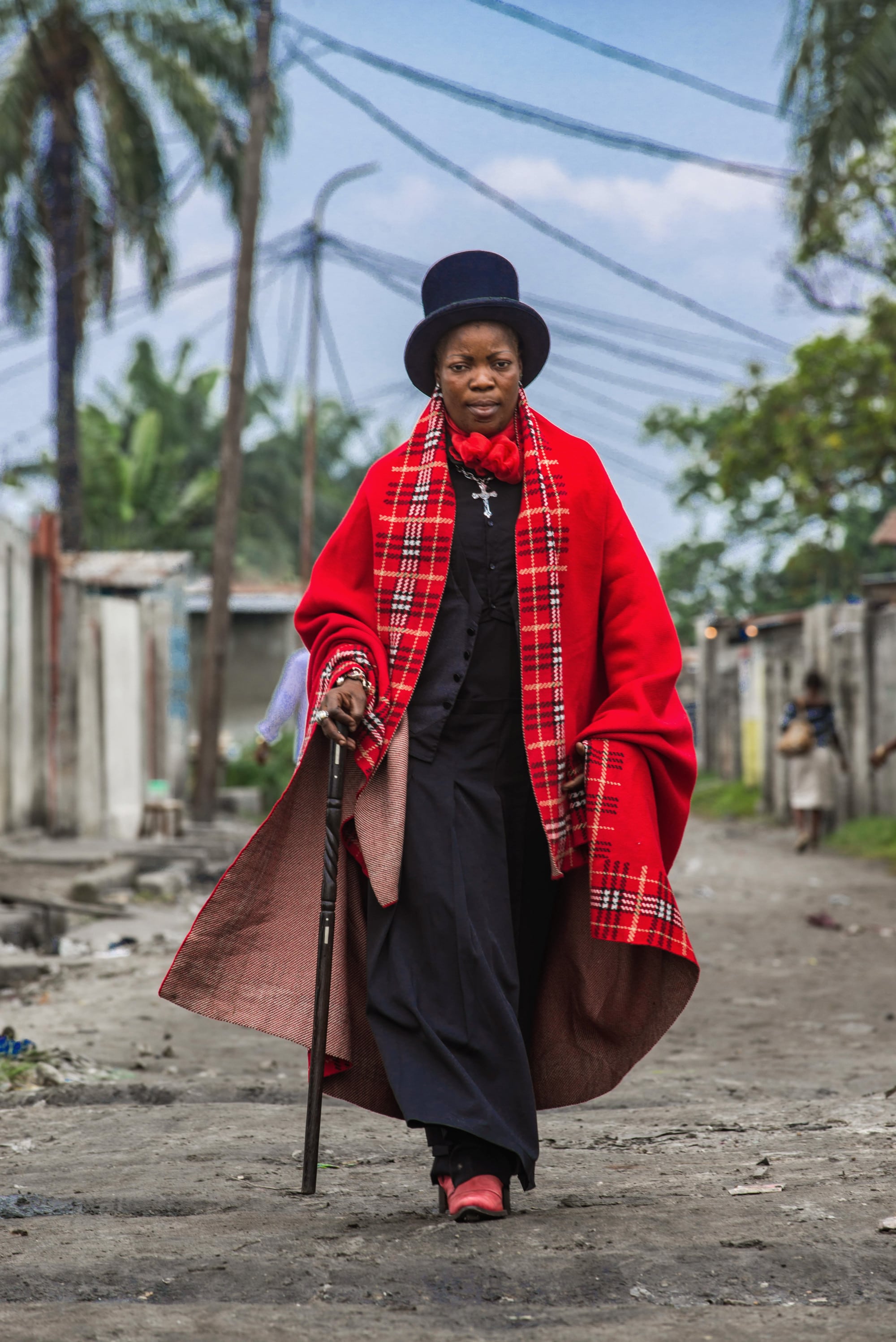 Sapeuse Barbara Kasende, 35, told Howard: “My first outing as a sapeuse was on a trip to Brazzaville in 1999. I dressed in a black man’s suit with dark red shoes and a red scarf: it felt wonderful. To those who say we’re deranged to dress like men I say nothing; they’re just the same old men who say that women should not be in the military or politics.”

Howard wanted to make sure that these ordinary hard-working women were put centre stage. As 51-year-old interviewee Inda Gabie said: “Today women are seen in every domain of work in the DRC, but we still battle with some old attitudes to women. Dressing like this is my challenge to those attitudes.”

There are now hundreds of female Sapeurs who are battling the high-temperatures in top hats, capes and bespoke tailored suits. “Many are 20 and 30 somethings who work as entrepreneurs in the fashion sector, hence their access to clothing imports. Some, like Inda Gabie, are unapologetic middle-aged ladies who are fed up with years of good behaviour and want to dress with a bang.”

Although not everyone loves their new look says Howard: “They’re derided by more traditional Congolese, especially the dominant Christian religious communities who view modest dress as integral to respectable womanhood. Others enjoy their flamboyance.” And the response from the Sapeurs: “Some view the sapeuses as a tribute, others as a threat.”

Howard says that they are using their sartorial flare to get several messages across: “Insouciance; projecting a vision of empowered Congolese womanhood… and for some, the sapeuse look is deliberately subversive. As one lady sapeuse put it to me: “It is easy to look like a gentlemen. But to act like a gentleman? Today we have to show the men how it is done!” 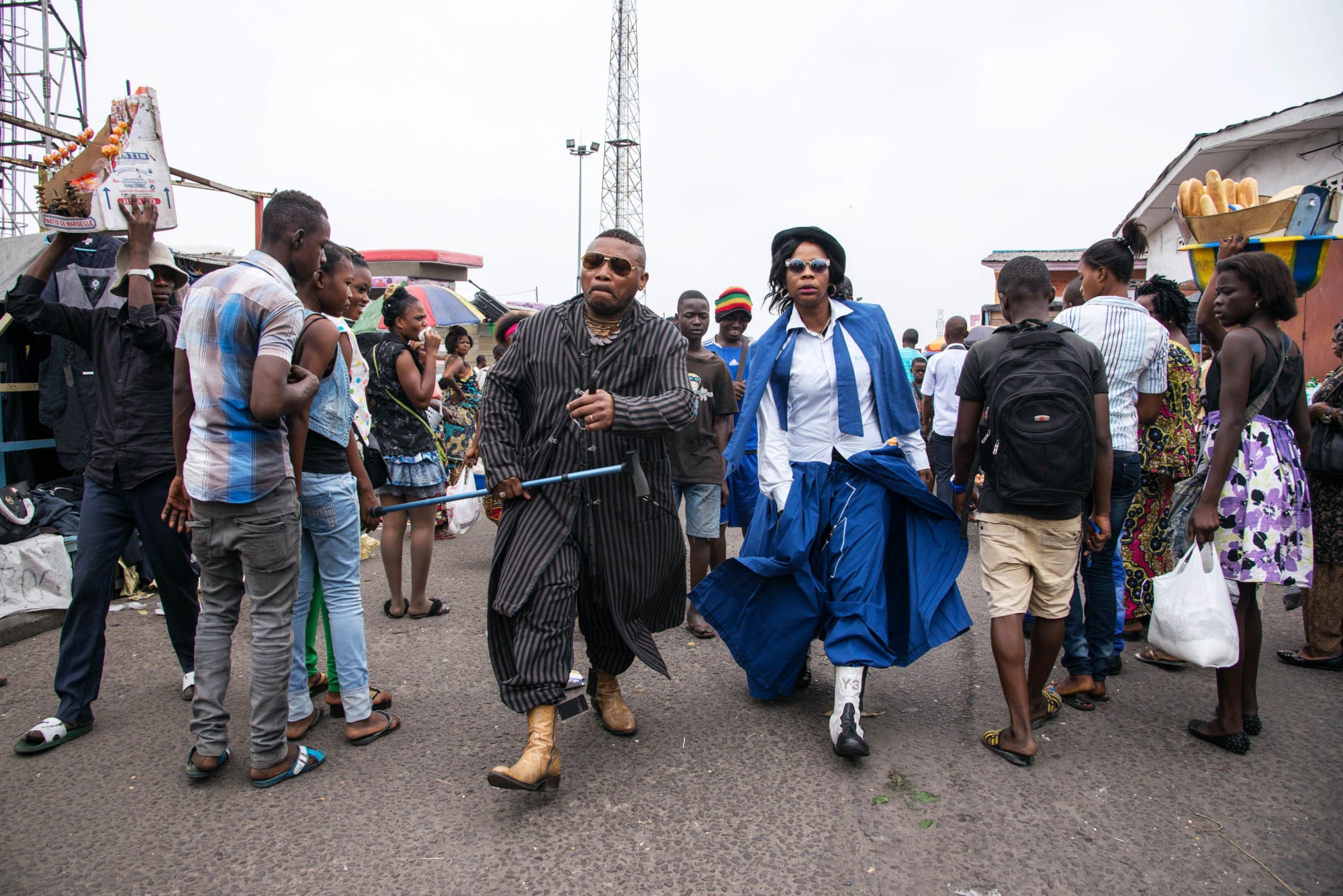 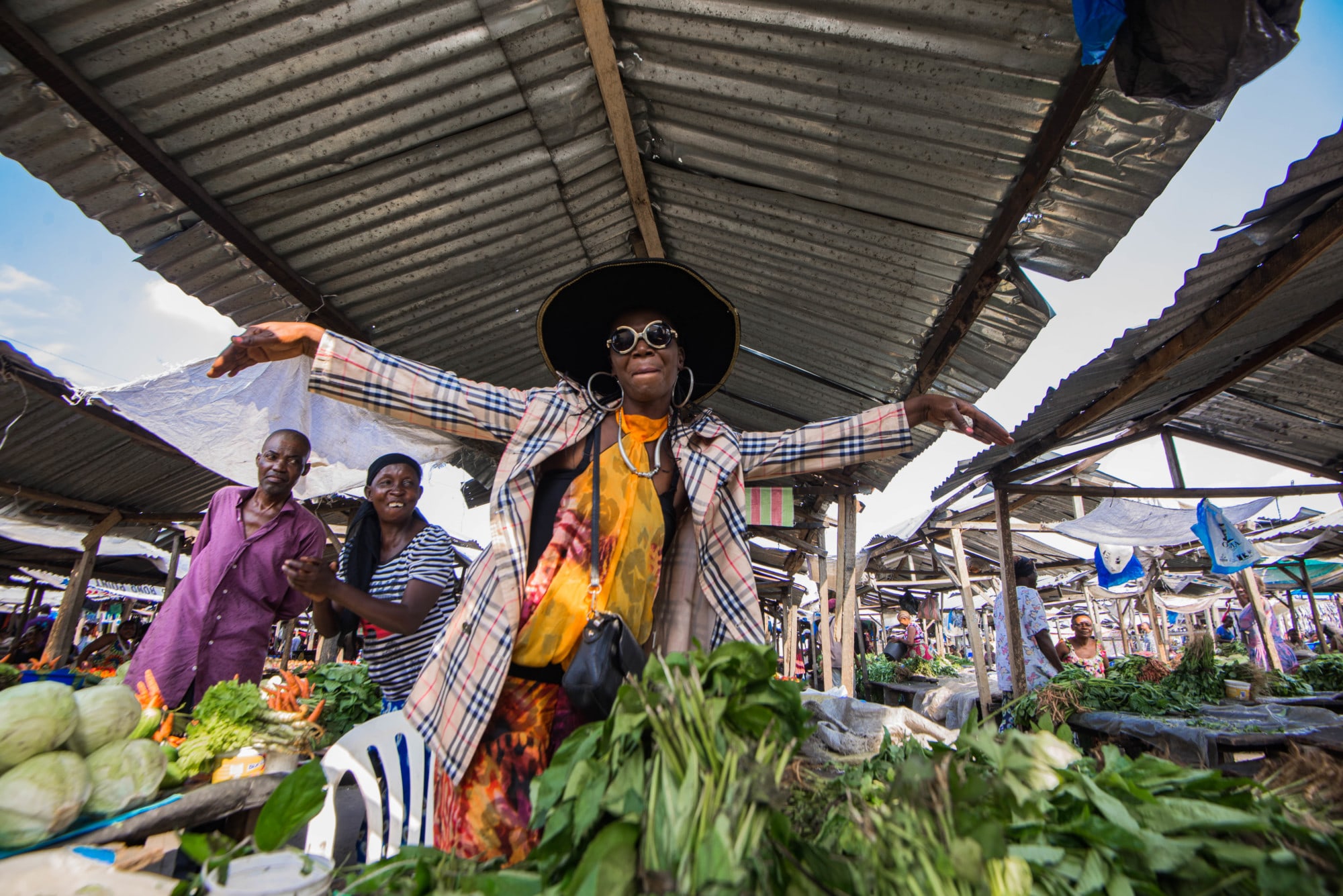 While Sapeuses operate on a smaller scale than the men they have already formed loose collectives and go by names such as ‘the Princes’ and ‘the Elegants’. Others are solo sapeuses or choose to hang out with male sapeur clans. The Sapeuse who left one of the largest impressions on Howard was Musa Umpalaba. “I loved Musa Umpalaba, a 30-year-old who is dressing this way to set an example of strong womanhood for her nine-year-old daughter Ketsia,” says Howard.

However, as 55 percent of people live in poverty in Kinshasa (living on less than a dollar a day), the question arises how they find the funds to support their new wardrobes. The men have been known to work two jobs, swap clothes and even buy shoplifted items to help fund their fashion addiction. “You’ll find that most of the female sapeuses have male sapeur relatives from whom they buy second-hand clothes; or that they work in the rag trade, often running market stalls or their own small fashion labels,” says Howard. “I haven’t encountered any criminality, but the women do prioritise dapper dressing over, say, their children’s education.”

p>Howard said that this dapper dressing is a reaction to the sea of poverty that surrounds all Kinshasa and Brazzaville residents. “Asked about the bad taste of spending US$100 on imported shoes when 25,000 street children go unfed in each of these cities and the women will shrug. There’s a strong ethic of projecting, and celebrating, personal success against the odds,” says Howard.

Howard and Kannah have photographed and interviewed around 20 women so far, most of whom will be featured at their exhibition, which also includes exhibits of the sapeuses’ clothes, at London’s Brunei Gallery in 2017. To find out more visit facebook.com/sapeuses 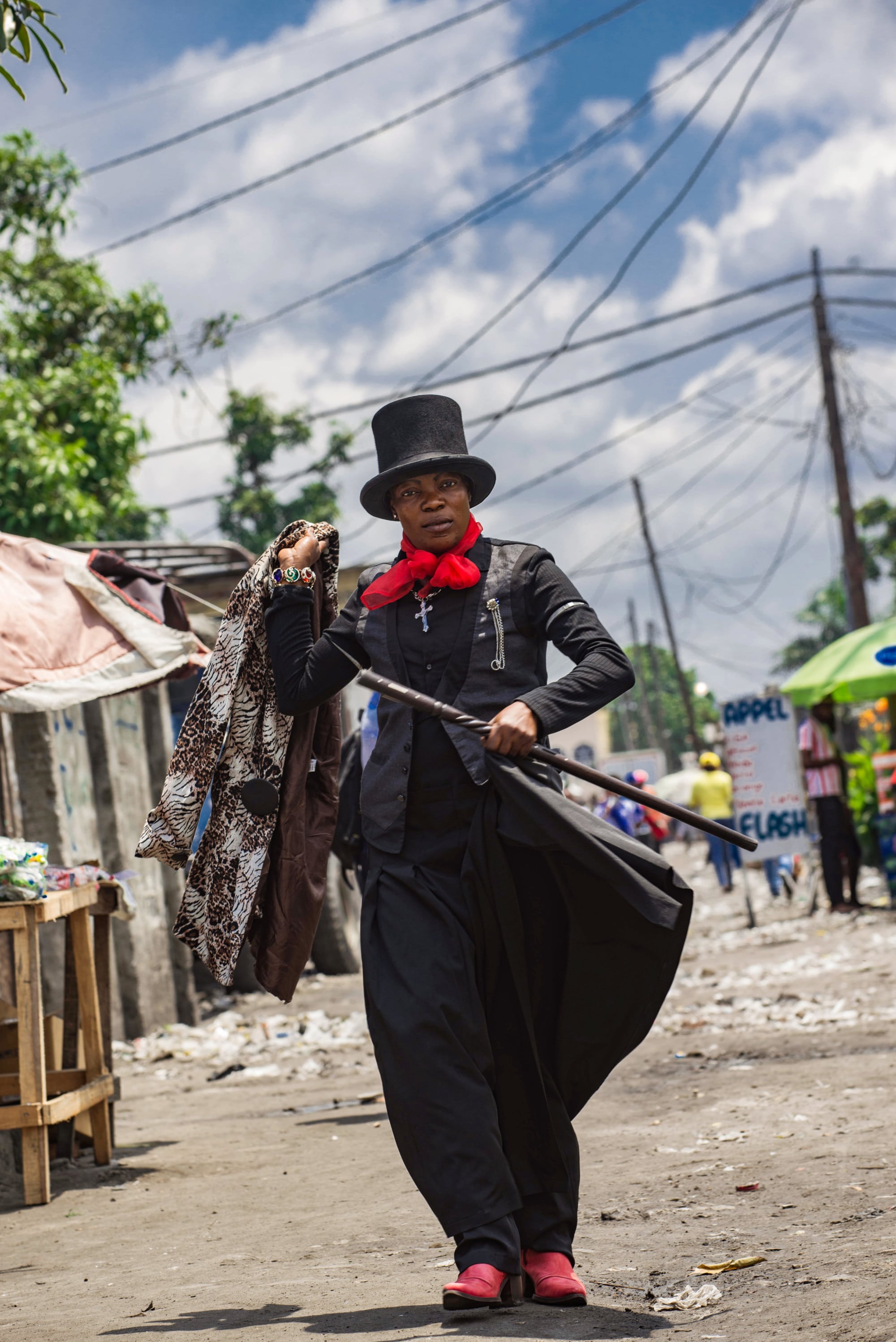 GQ Editor Dylan Jones has been showing men in Britain how to put their most stylish foot forward since he took over t... 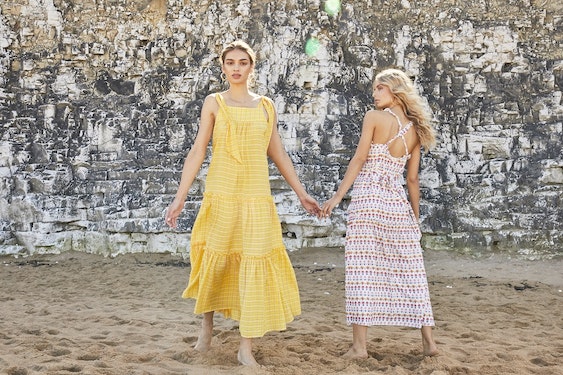