by Lightfoot
The Forbes Travel Guide sent its reviewers into the hotels throughout Europe. Here are the suites that its inspectors said deserved to be labelled the best on the continent
01
Shangri-la Hotel, At the Shard, London

London’s megawatt skyscraper features an equally impressive hotel. Each room comes with a body-contouring bed, 300-thread count Frette linen and a bathroom filled with Acqua Di Parma amenities to make sure that you have a VIP stay in London. It even has a pair of binoculars so that you can take in the views.

The former home of Coco Chanel remains the last word in luxury. Among the 15 Prestige suites that are all named after famous hotel guests, the Forbes inspector drew attention to the Suite Windsor with its floor-to-ceiling windows, views of the Place Vendome and Louis XIV canopy bed. The luxurious details extend to the bathrooms too with gold swan faucets sporting one sapphire and one ruby eye. 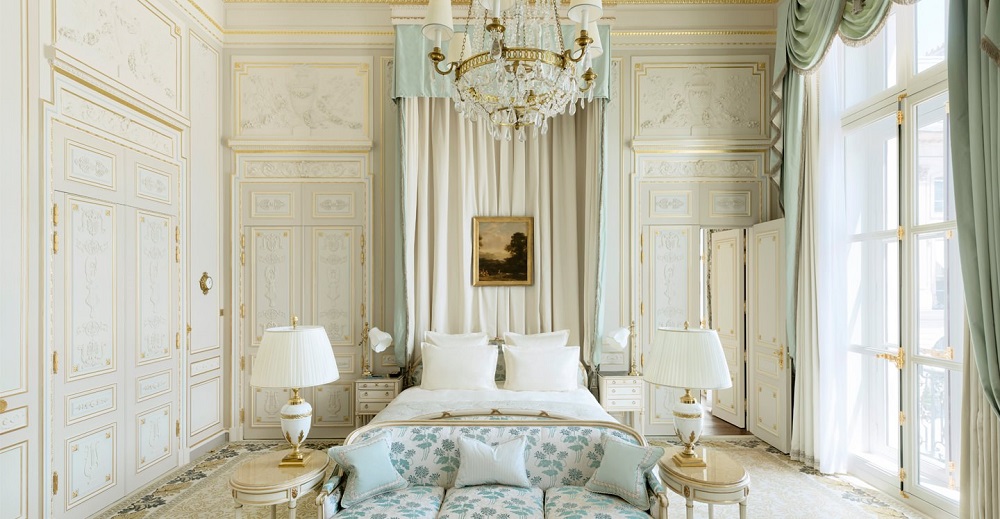 A former 19th-century bank is now the setting for the Park Hyatt Vienna. Kickback on your bed or unwind in your lounge area on a comfortable leather sofa. Enjoy modern amenities – TV, WiFi and a well-stocked mini bar - hidden behind elegant furnishings. The inspector noted that: “Double-glazed windows mean that your room is enveloped in silence, even when the seasonal festivals are being celebrated below your window.” 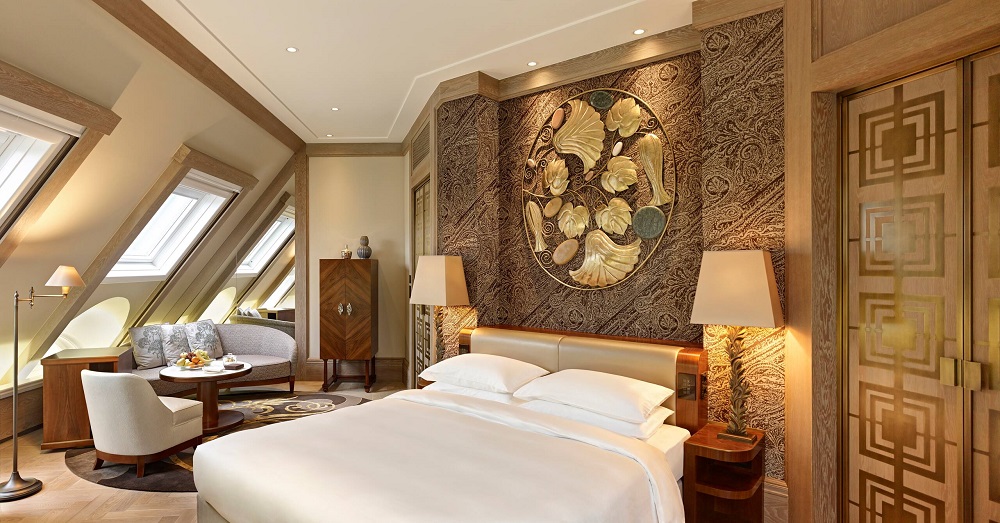 Four 18th-century palazzos houses have been turned into the Mandarin Oriental Milan. Its lavish rooms come with wooden floors, boiserie walls and black oak wardrobes. There are 34 suites in total, which feature marble bathrooms, with Dr Vranjes beauty products and a glass wall that turns opaque at the push of a button. 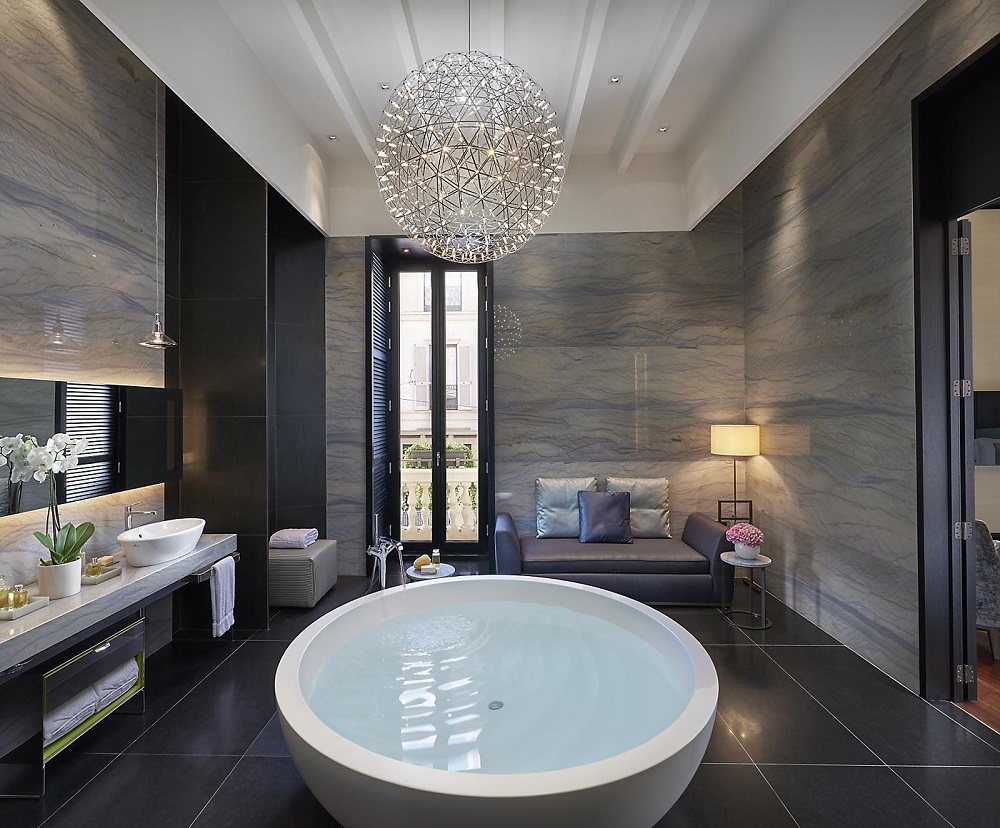 One of the oldest streets in Paris plays host to the Mandarin Oriental. Each of the large, modern rooms feature rich silk furnishings, glamorous photographs shot by Ali Mahdavi and white marble bathrooms. The robes in the wardrobes? Well, they are silk kimonos. 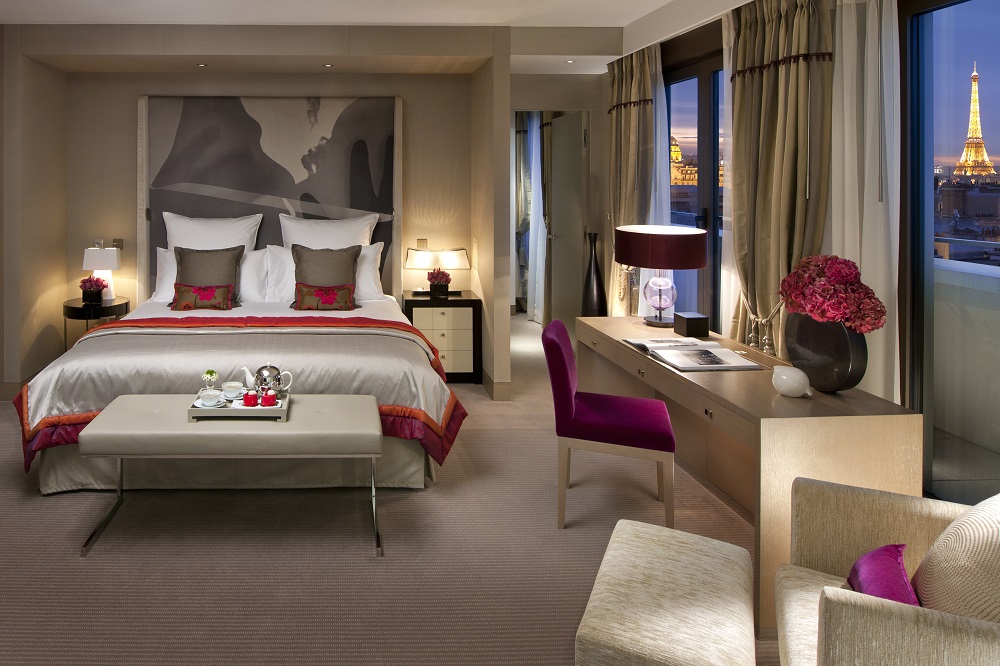 This star that is this 18th-century palace is shining a little brighter following its multi-million dollar four year renovation. Each suite has a residential vibe to make you feel at home. “Even the base-level Deluxe Rooms at this Paris hotel are sumptuous” said the Forbes inspector. The most sought-after once are Les Grands Appartements designed by Karl Lagerfeld. But if you want them both you can combine them to create a palatial 3,606-square foot three bedroom apartment complete with crystal chandeliers, Carrara marble bathrooms and a Louis XVI-inspired bed. 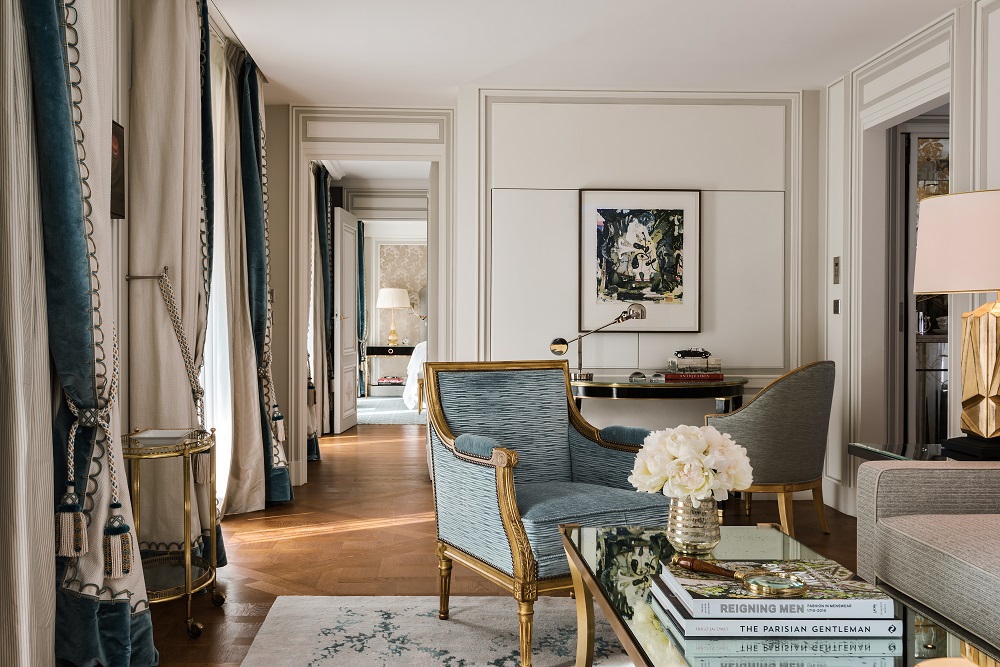 The hotel that has played host to Pablo Picasso, Charlie Chaplin and Elizabeth Taylor proves that it still has showstopping style. The guest rooms were designed by Pierre-Yves Rochon who combine classic lines with earth tones and splashes of jade. The Rooftop Suite is the one to book, which has a “sweeping panoramic view of the sea and a large furnished terrace”. 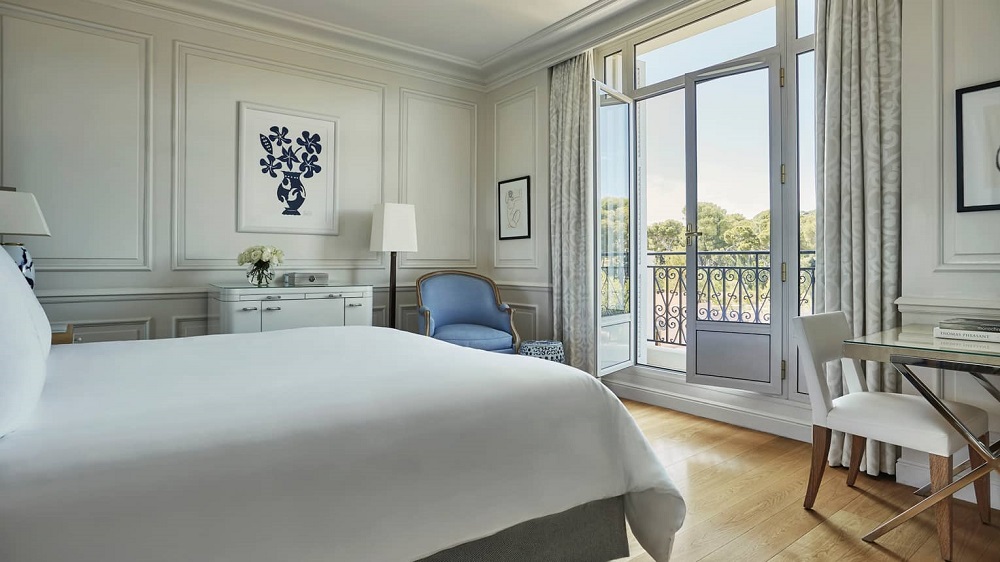 Star architect Jean-Michel Gathy is behind this supersized Swiss chalet. Picture Hastens beds, recessed lighting and low mosaic stone tables. The bathroom that features a heated stone floor can be found behind a sliding door, which can be left open in bring it into the suite. However, it’s the Gotthard Suite at The Chedi Andermatt that caught the judge’s attention with its five bedrooms and bathrooms as well as a wine cabinet and giant terrace. 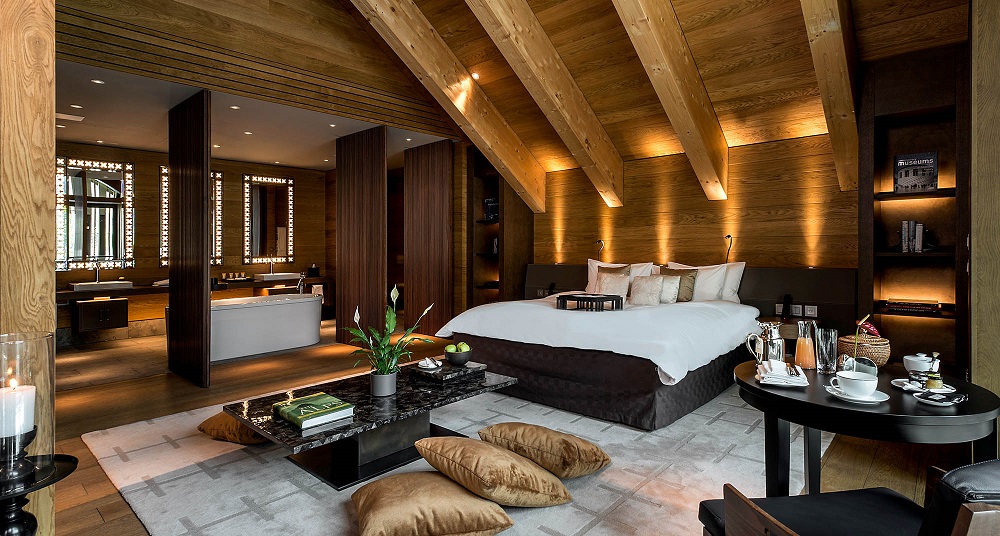 These silk and marble-laden suites feature luxurious touches such as “a gorgeous leather-bound travel-trunk-cum-minibar stocked with high quality goodies”. The bathroom is also a talking point with its Hansgrohe and Villeroy & Boch wares as well as opulent Bulgari bath products. 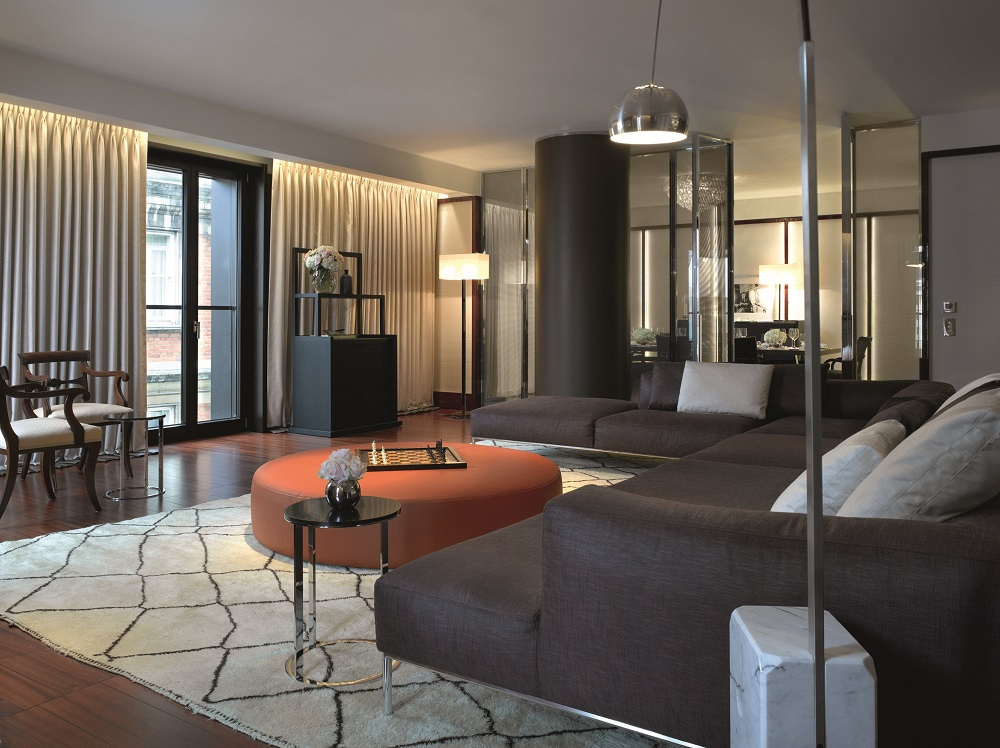 An ode to Art Décor. The rooms won praise for their soothing colour palette of aqua and earth tones, geometric shapes used through the space and floor lamps that are playful in scale. The bathrooms also received a high five for a state-of-the-art toilet that lets you change the temperature of the seat. 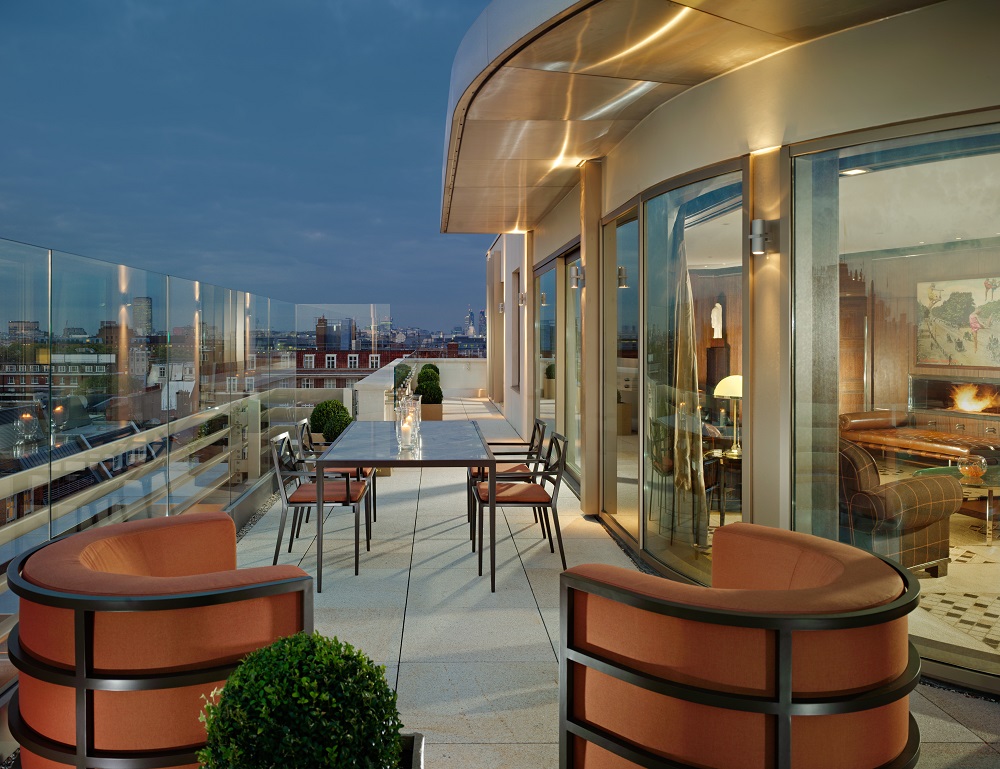 The mountain hideaway blends contemporary style and alpine charm. Think pine-walled rooms, with antique farmhouse armoires with quirky glass pendant lamps inspired by cow bells. Each room has a balcony with a mountain view and the rooms all feature deep tubs and walk-in rain showers with Aqua di Parma toiletries. The stand-out said the Forbes inspectors is the two-storey Panorama Suite that offers stellar vistas of the peaks that you can view from your whirlpool. 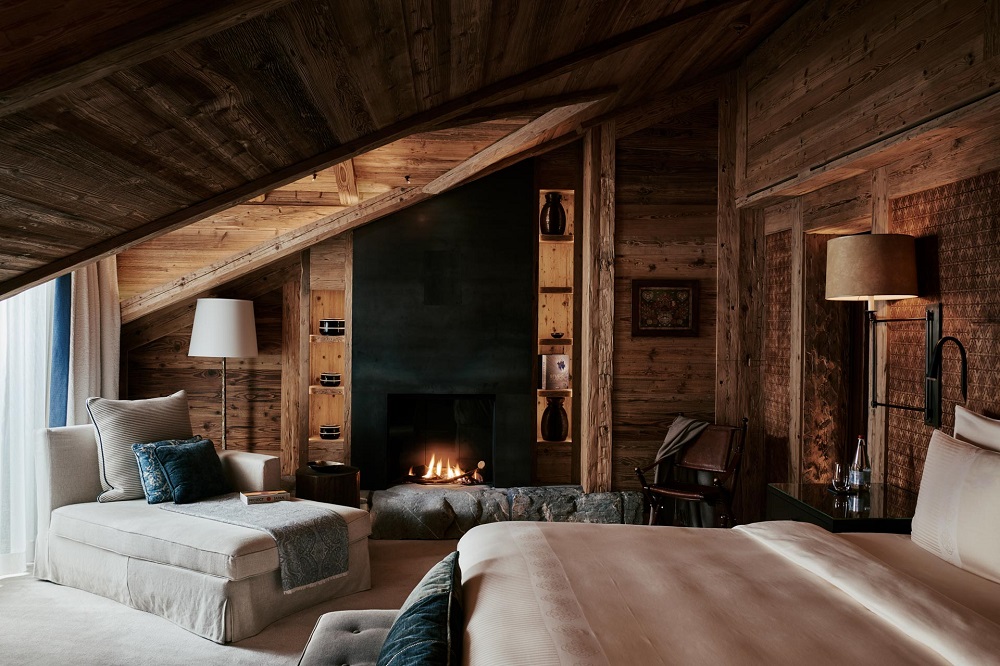 5 STYLISH HOTELS THAT KIDS CAN ENJOY

Just because you have some tots in tow it doesn’t mean that you need to avoid cool hotels at all costs. Book one of t...