by Lightfoot
Nicolas Huxley wanted to create a fashion company that could also help save the planet. With the help of artisans in Cambodia and Bosnia he has turned abandoned cement bags into one of the hottest accessories around

Lush rice fields, bamboo houses and cerulean skies… the only blot that can be found on the Cambodian landscape are the fluttering empty cement bags that have been discarded after construction. And as the country has started to thrive and inject money into more buildings, the piles of unwanted cement bags has begun to rise. But one new fashion company from Switzerland may have the solution. It has started turning these unwanted items into the hottest accessories around with the launch of Elephbo – a luggage company that upcycles treated cement bags and uses them as its signature fabric.

When interning for large financial companies in Hong Kong, Elephbo founder Nicolas Huxley hadn’t found the travel bag he wanted, so he started to construct his own that would work for the gym, office and a flight home. He was looking for an unique fabric that would give it an urban edge and on a trip to Cambodia he spotted the empty cement bags that were strewn around the countryside. Huxley decided that with a bespoke spin, the fabric of the cement bag could help give him the unique bag he wanted.

When he returned home to Zurich to start work at a professional services company, he started making travel accessories using cement bags and his first product line sold out within two months. Huxley could immediately see the potential, but if he was to do this on a larger scale and start to employ people rather than make them himself, Huxley wanted to make sure that the people involved in production would profit from the project as well. 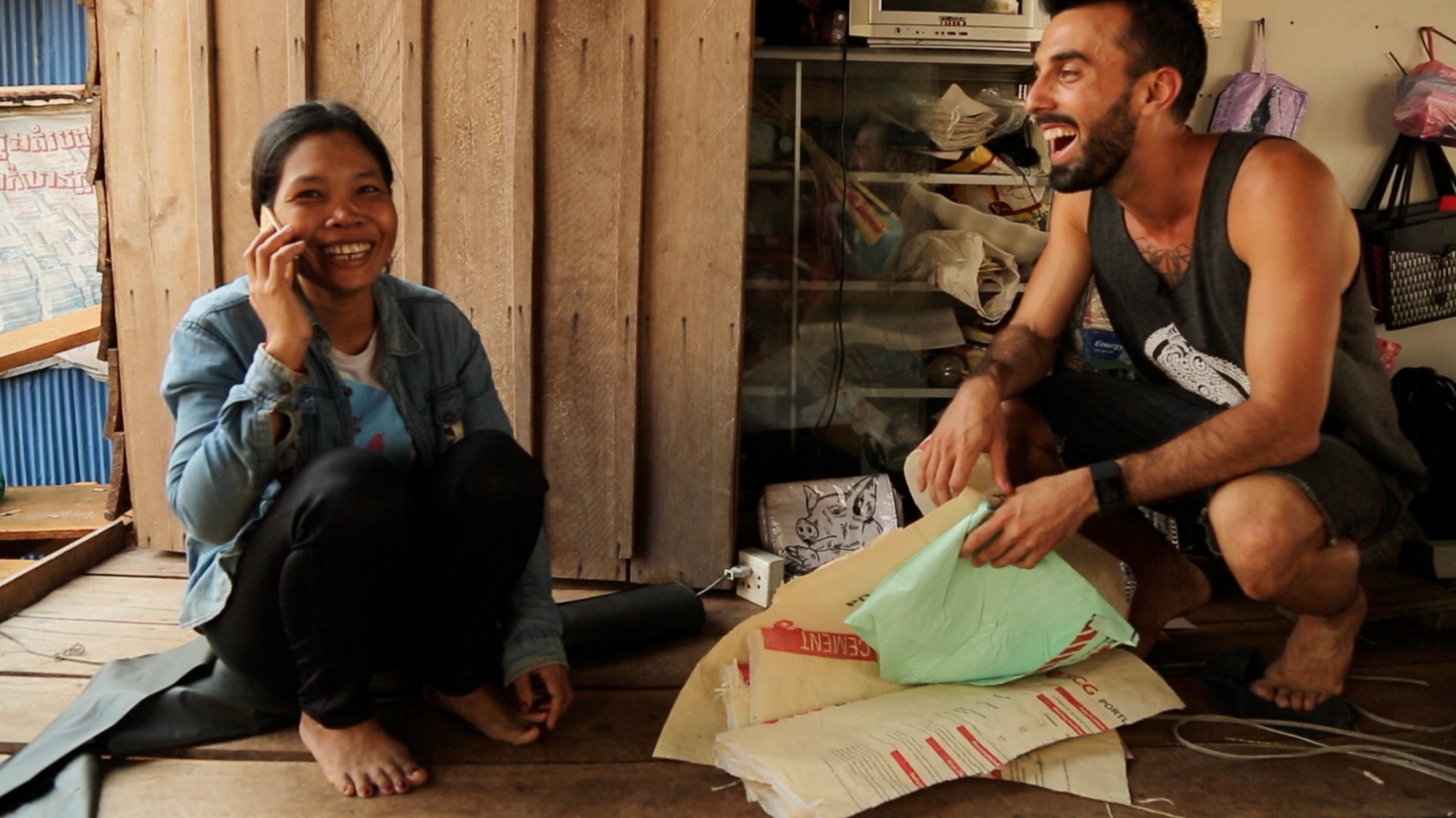 He chose to produce them at the source in Cambodia. And instead of hiding the cement bag fabric in the lining, Huxley chose to showcase it on the outside. “I would like people to see the story behind it and know that with the purchase of an Elephbo product, they are not only buying a unique high quality fashion product, but also making an impact to the people in Cambodia,” he says.

Komnit, a local tuk tuk driver who is fluent in English acted as Huxley’s interpreter and the two of them travelled around Siem Reap, which is known for its textiles, seeking out artisans who would be able to help Huxley put the line together. After several trips Huxley was then able to open a workshop just outside the famous temple town and still pay the workers an above average wage.

With the new line, Huxley wanted to make the product more luxe by adding Italian leather. However, while the Cambodia team could treat the cement bags and add the zips, Huxley soon found out that he couldn’t send them the Italian leather than he wanted to use as he would be hit with heavy import taxes. So Huxley found some artisans in Banja Luka, Bosnia who could take the prepped bags and finish the item.

“It wasn’t a case of what plans did change, it was more of a case of what plans didn’t change,” says Huxley. “I soon learnt that with a fashion startup plans need to change on a weekly basis, this is not negative. It simply means that you as an entrepreneur need to be flexible and able to adjust quickly to changing factors.” Huxley also had to face other challenges that other companies might not have had to, such as how pay to somebody from abroad if the employee doesn’t have a bank account and how to communicate with someone on the other side of the world if the person doesn’t access to internet. 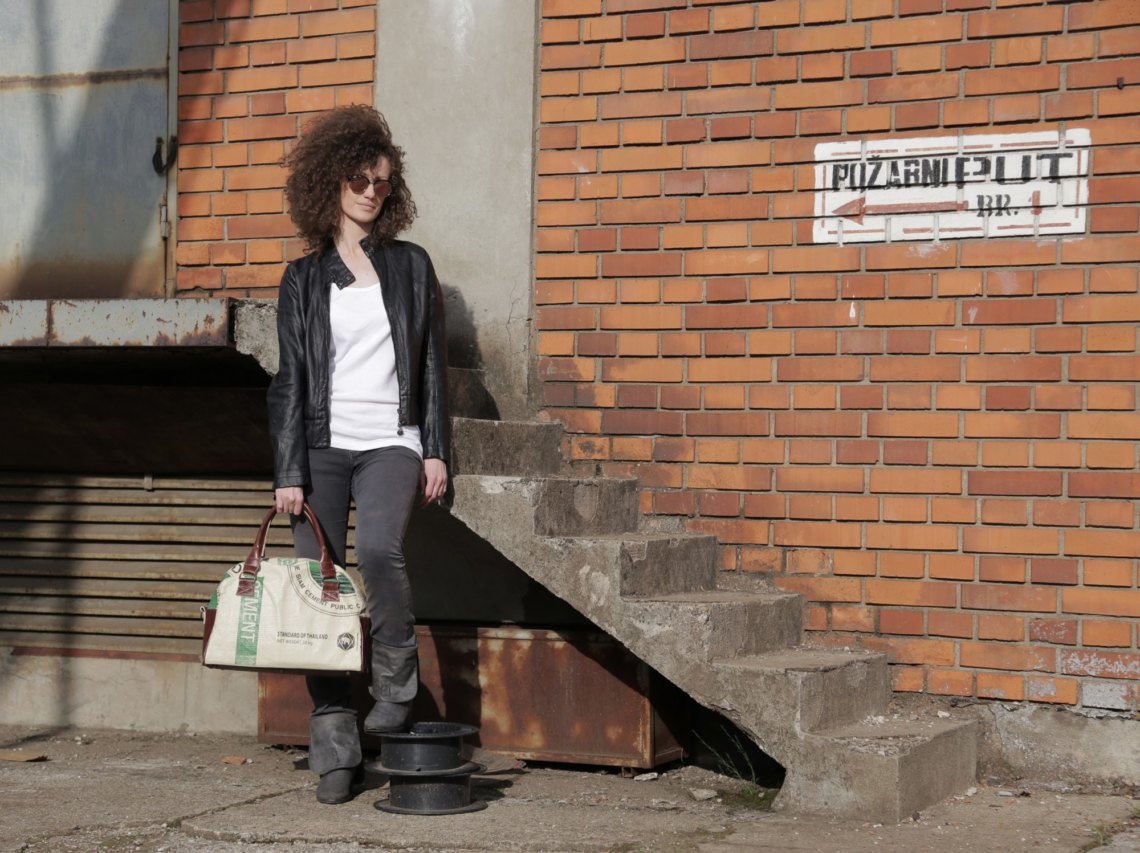 Huxley says that the highlight of the project so far was opening the workshop in Cambodia. And he wasn’t the only one who was won over by the startup team’s enthusiasm – Komnit left his job as a tuk tuk driver to oversee quality control. The fashion brand that was ready to help save the planet was going from strength to strength.

Huxley started by launching the Short Trip, a stylish sports bag that can be used for business or travel. Then he created the Long Trip, a large weekender bag. But this meant more lengthy product testing as the Elephbo team had to make sure the materials they were using were strong enough to endure the extra weight.

But Huxley’s efforts to create a collection for the urban globetrotter (which now features five items) was more than worth it. Particularly when one travel addict said: “I want to buy your entire collection as a wedding present for my wife”.

Huxley recently turned to crowdfunding from which he was successfully funded to help expand the product line, give him the chance to collaborate with local artisans on new textiles and create more workrooms that take this socially aware stance. He is also wanting to push for collaborations with stores in the world’s shopping metropolises such as Hong Kong, New York, Milan and Paris. By raising awareness Huxley says that he wants to “show members of the fashion industry who are involved in production in Cambodia that a fair system is possible”. And by reaching out to new boutiques he adds that hopefully “it will enable us to connect with consumers around the world who also want to make a difference,” says Huxley.

The Fashion Brand That's Ready To Take On The World

You’ll find Zurich is far more than simply Switzerland’s financial capital. Blow away any misconceptions and discover a city as vibrant and buzzing as any major European city.

Planning a family vacation? Here’s another reason why the kids would love to tag along. 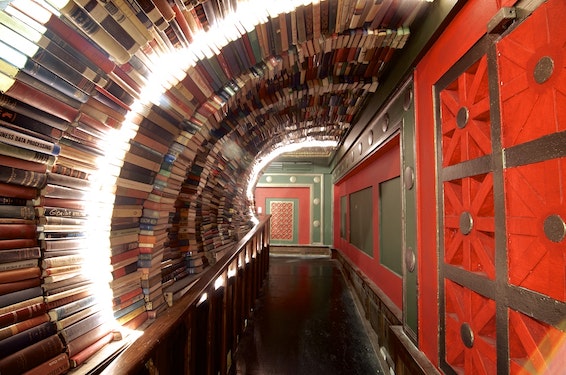 WORLD'S MOST BEAUTIFUL BOOKSHOPS
Get your literary fix at one of these biblio boltholes. Luxe City Guides tracks down the w...
Read more
Choose Lightfoot Travel
Read About Us