10 THINGS TO DO IN YOGYAKARTA

by Lightfoot
What to see and do in the ASEAN City Of Culture
ASEAN’s new cultural capital can be found on the island of Java. Ruled by the Sultanate of Hamengkubuwo since 1755, this picturesque enclave features UNESCO sites, world-renowned artists and famed artisanal crafts.
01
Visit The Affandi Museum
Along the bank of the Gajah Wong River you’ll find the former home of one of Indonesia’s most famous artists, Affandi. Now a museum containing 250 of his works, this colourful villa with its banana leaf-shaped roof, is a must-visit for art enthusiasts. The museum also offers painting classes for children and adults.
02
Watch A Papermoon Puppet Show
This homegrown theatre company has already tour the US, Europe and Australia. They use paper mache puppets to tell stories from stories of myth and legend as well as some of most dramatic and dark periods of Indonesian history. The Muppets it isn’t. Magnificent it is. The team also throw open their studio to visitors so that you can have the chance to make a puppet yourself.

03
Visit The Home Of The Sultan

Designed to reflect the Javanese cosmos, The Kraton or Palace of Yogyakarta is a masterclass in architecture. The Kraton began its construction during the reign of Sultan Hamengku Buwono 1 in 1755 and is still the home of the present Sultan. The Sultan’s home lies at the centre of the complex and several pavilion surround it, which feature an art museum, costume museum and royal vehicle museum. The caretakers of the royal household, known as the Abdi Dalem is also an inherited position, and these staff members are happy to share stories with visitors as they show you around the palace.

04
Photograph The World’s Largest Buddhist Temple
This 9th-century temple lay hidden under jungle and volcanic ash for centuries. It wasn’t until the Governor of Java Sir Stamford Raffles was told of its location by locals in the early 1800s and sent an army to cut through the undergrowth and uncover it that it became known to the rest of the world. The world’s largest Buddhist temple took years to undercover and another century to restore. Take a tour of the UNESCO World Heritage Site that includes 504 Buddha statues, nine stone platforms and 2,672 relief panels.

05
Take A History Tour By Jeep
Climb into a Jeep and head to Mount Merapi, an active volcano that erupted in 2010 and left the surrounded land covered in ash and molten lava. Seismic quakes shook the land for days and many people lost their lives. You can see the homes that were abandoned and you can also visit the Sisa Hartaku Museum, which translates as ‘my remaining belongings’ and tells the tale of what people had to leave behind to run to safety.
06
Master Batik
This decorative art form is so highly thought of it is now part of the UNESCO Intangible Heritage List. During your masterclass you will be taught by a local artist how to draw a design on material with wax using a ‘canting’ tool, and then you will be show how to dip dye the fabric to create a showstopping design.
07
See 240 Temples
This 9th century marvel was made a UNESCO World Heritage Site in 1991. Our only question is, why not sooner? The Prambanan covers 39 hectares and comprises 240 temples. It is also where the Ramayana Ballet perform. Two hundred artists dance on an open air stage with Prambanan as a mesmerising backdrop.

08
Visit A Water Castle
This 18th-century garden that can be found within the grounds of the Kraton was built for the wives of Sultan Hamengku Buwono I. the Taman Sari comprises a lake, bathing complex and pools. The architect took inspiration from the gardens of Europe and was designed as a place of relaxation, meditation and safety. The central bathing complex has been restored and it is now being considered for the UNESCO Heritage List as part of the Kraton.
09
Abseil Into A Cave
Feel as if you have been transported to another realm when you are lowered through 50 metres down through the roof of the Jomblang cave. If the thought of this leaves you weak at the knees, it will provide you with perhaps the most impressive shot of your holiday as the sunshine sends a beam of light through the sinkhole to the forest floor.
10
See An Art Forest
If you’re not ready to abseil into cave you can still capture a unique Instagram shot at Pinus Pengger, forest featuring Insta-worthy art works. Visit at sunset to sit in a wicker bird’s nest, stand on a giant wooden hand or to just take a walk through the forest.

Indonesia is ideal for getting away from it all, offering white sand beaches, luxury villas and resorts, dreamy sunsets and world-class watersports.

A HISTORY LESSON FOR KIDS ON THE NILE

Theodora Sutcliffe and her son set sail upon a felucca ready for an adventure that would take them back in time ... 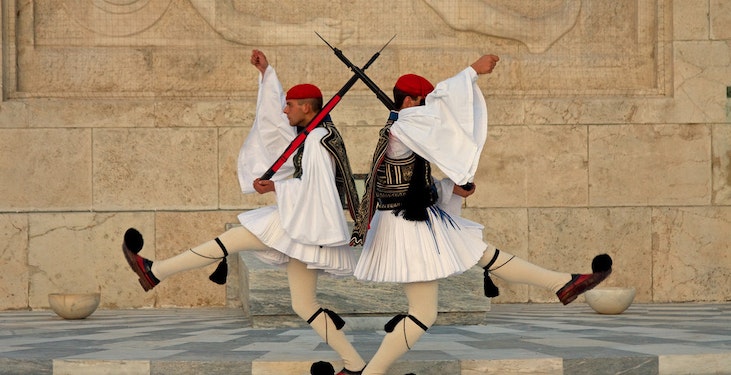 A little extra sneaky tuition that they are sure to love